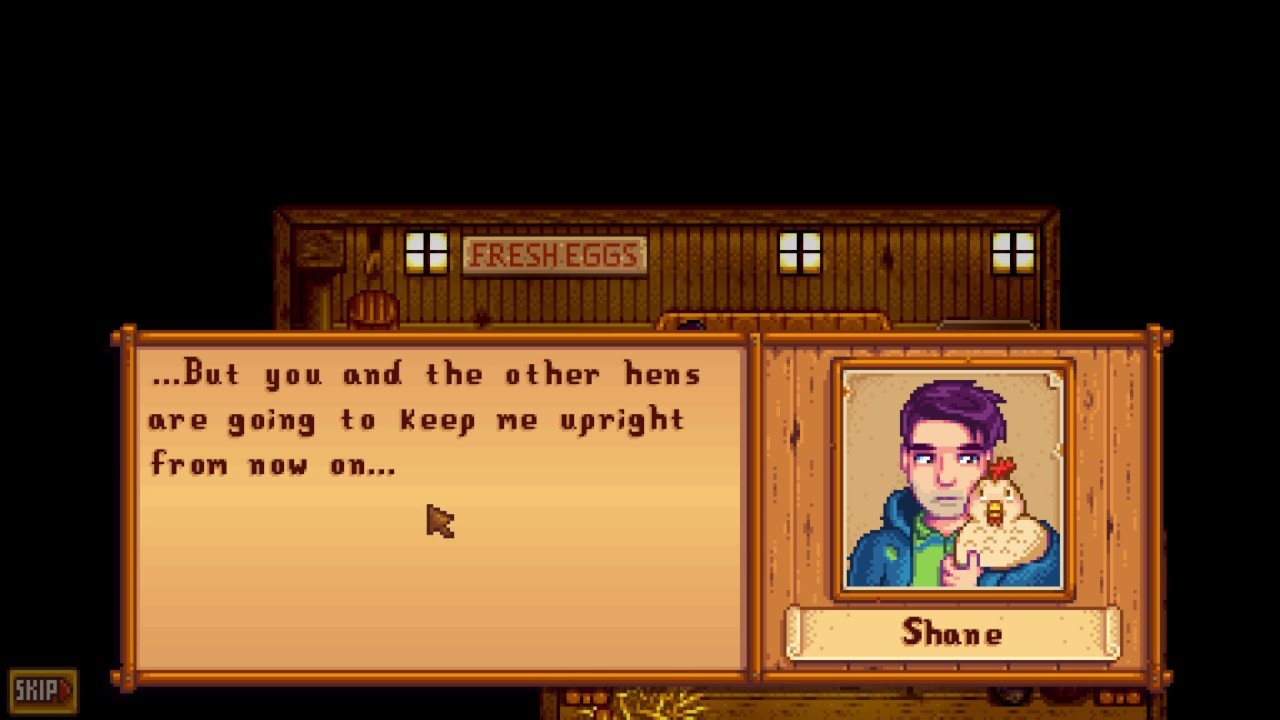 All aboard the Shane Train

Farming enthusiasts, gem collectors, lovers of depressed chicken-men – your time has finally come! Stardew Valley‘s Switch release is almost upon you, now officially slated at October 5, at a price point of $14.99.

Down-on-your-luck chicken fans not your style? Worry not, for there are many other eligible townsfolk for your impending wooing! Fabio-lookalike writers! Musicians who can’t do kickflips! Adventuring goths! But really, why would you want them, when you can have this? 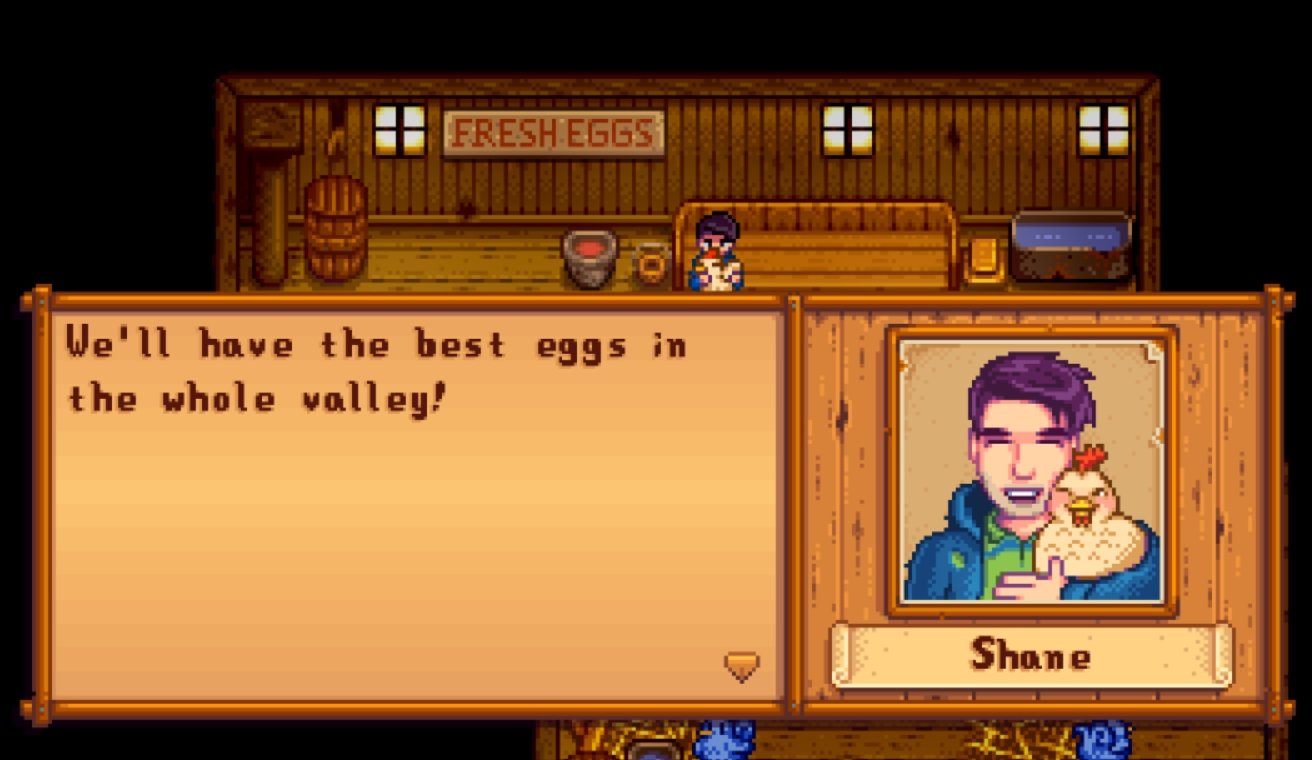 Co-op will not be present at launch, but will be completed sometime “early 2018,” coming first to Steam, followed by the Switch.

…And no, I don’t think those Pokémon mods will be making their way onto Nintendo’s handheld. 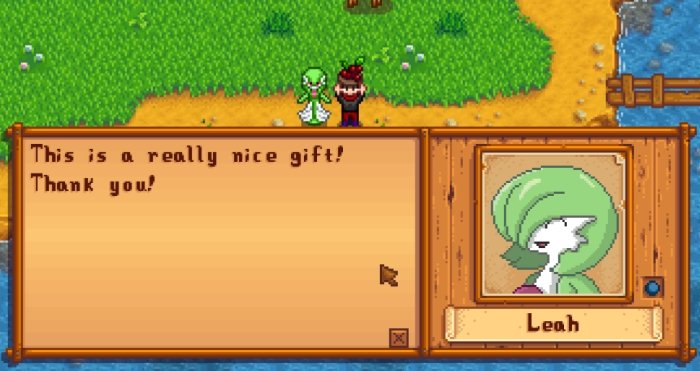