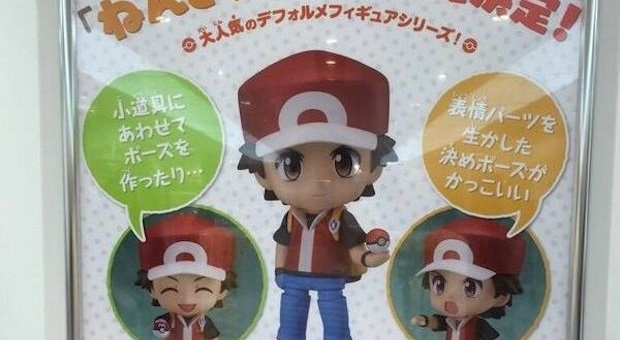 Red, I choose you!

You can never have enough Pokémon figures in your life, especially when they happen to be Nendoroids. Good Smile Company revealed an upcoming Nendoroid of none other than Pokémon Origins series protagonist Red, clad in his signature outfit from the show. Just look at how tiny he is. Those expressions. That super deformity. If you’ve never owned a Nendoroid, Red might be a good place to start.

Bandai’s announcement is a surprising one since this is toy release news, but given the success of Pokémon Origins and its alternative approach to telling the familiar story so many of us hold dear to our hearts, it’s not unusual to see additional marketing dollars being thrown down to make sure it stays profitable.

But just look at that widdle guy! Aww!

GSC is coming out with Nendoroid Red from Pokemon Origins [Tomopop]