Try not to get crushed

City Shrouded in Shadow is an upcoming PS4 and Vita collaboration between Bandai Namco and Granzella, the developer currently working on the renewed Disaster Report 4 project.

The story centers around a couple trying to escape the city as it’s being destroyed by shadowy giants. The last time we saw City Shrouded in Shadow, Ultraman was introduced as a potential mischief-maker along with a subtle hint towards Godzilla.

According to the latest issue of Famitsu, Godzilla will indeed be making an appearance, and now we have another hint at a different giant. In the bottom right corner of the page… could it be an Evangelion?

I wonder what other monstrosities we might see? Ghidorah? Mothra? A Titan? Personally, I’m rooting for the Stay Puft Marshmallow Man. 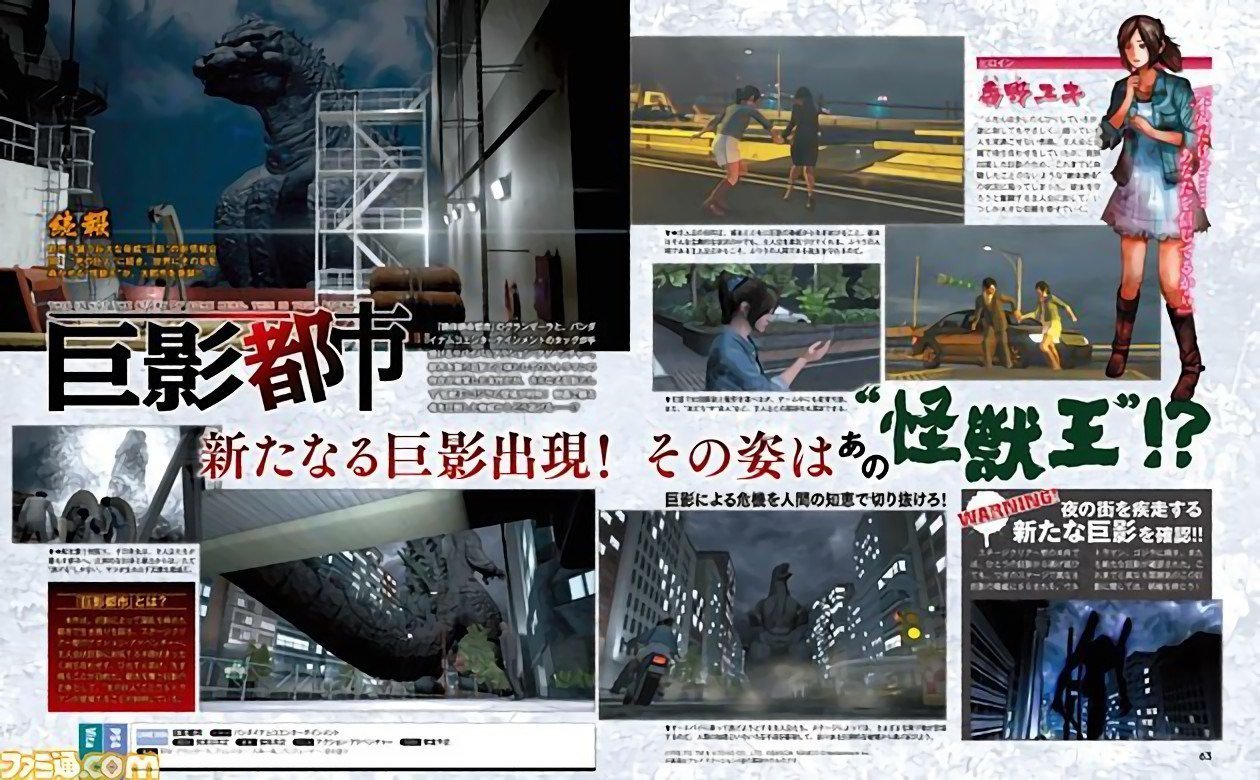