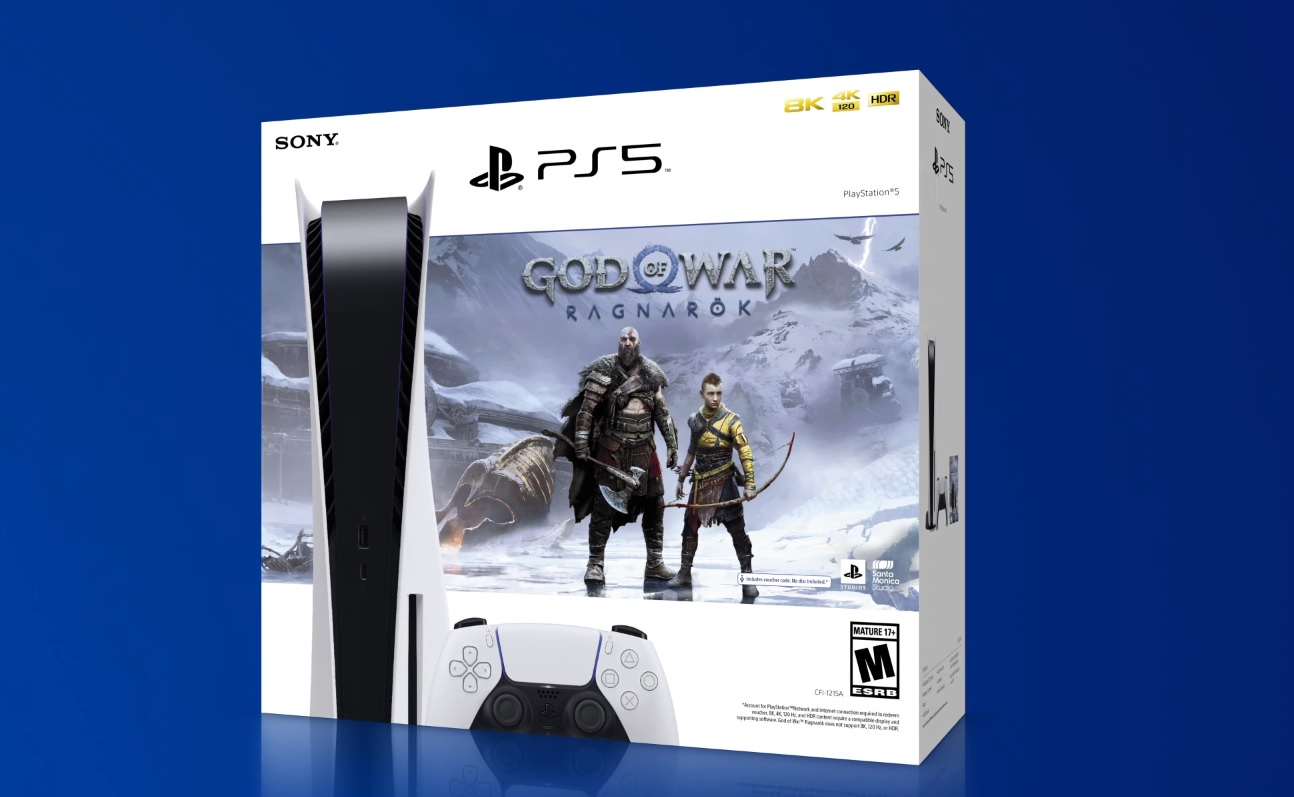 It’s been quite some time since Sony put together a special bundle for one of its upcoming releases, but the industry giant is preparing to do just that with the launch of one of 2022’s biggest releases, God of War Ragnarok, which will be bringing its skull-crushing chaos to PS4 and PS5 November 9.

The new God of War Ragnarok PS5 bundle will include a disc-based edition of Sony’s shiny white baby, along with a standard controller and a digital download of Sony Santa Monica’s highly anticipated sequel. The price for the new bundle is yet to be disclosed. A little bafflingly, this bundle will not include the recently announced God of War DualSense controller, which will be released as a separate standalone accessory.

The bundle was revealed as part of a new “Next Gen Immersion” trailer, which spotlights God of War Ragnarok running on the powerful PS5 platform. It should be noted that Ragnarok is a multi-generational release, so PS4 players will be able to pick up the new game for their platform of choice. Given how much the 2018 original made my PS4 sound like a Boening 747 was about to land, I dread to think how much the grand-looking sequel will get the black boxes sweating.