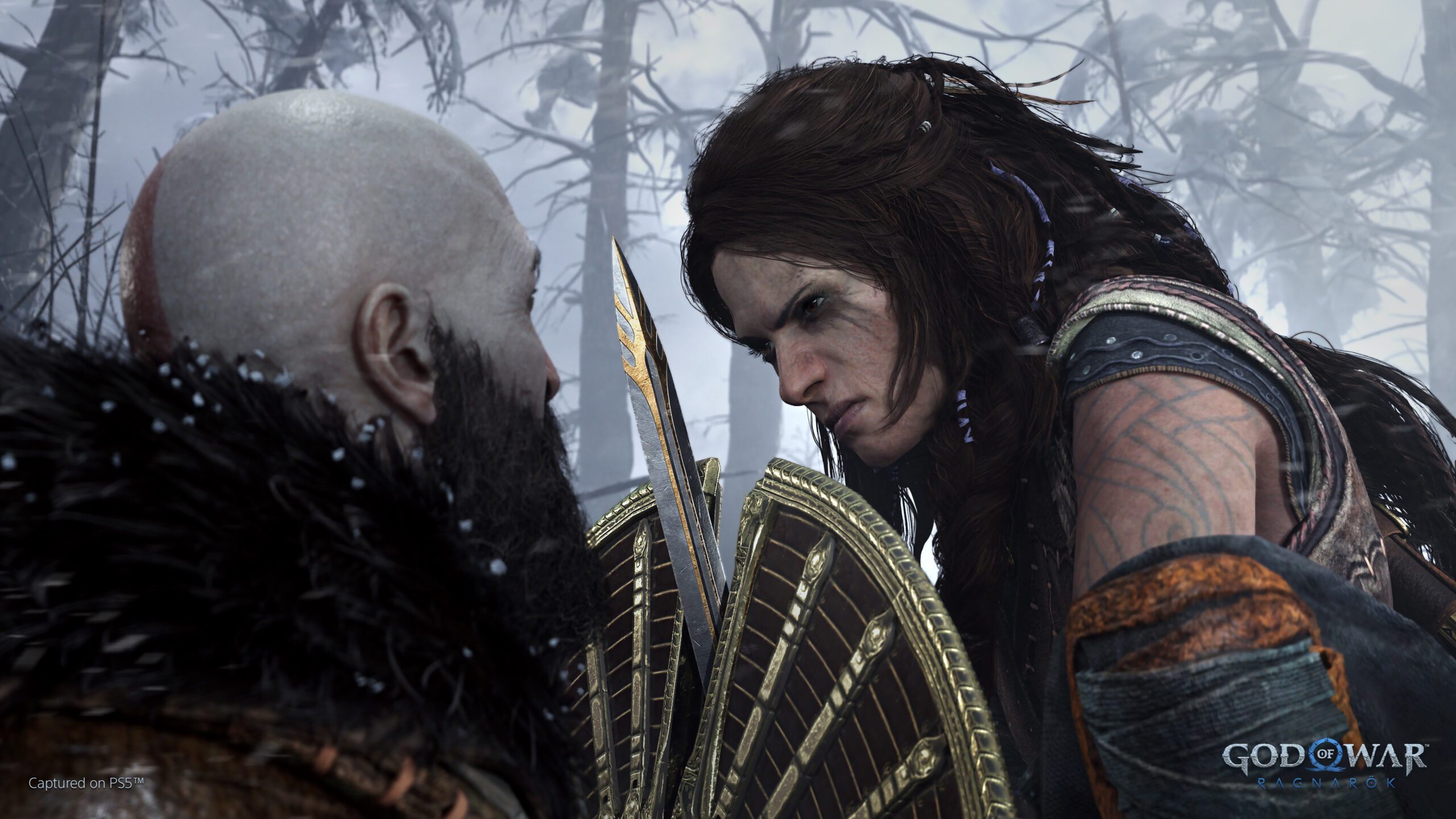 Of no surprise to anybody, Sony rounded out this afternoon’s PlayStation Showcase with a brand new trailer for Sony Santa Monica Studio’s highly anticipated sequel, God of War: Ragnarok. The trailer did not confirm a specific release date, and as such the epic action-adventure is still scheduled to launch on PS4 and PS5 in 2022.

The three-minute cinematic follows our returning heroes, Kratos and Atreus, as they pick their way through the miserable frozen wastelands of Midgard, iced over by the deathly winds of the Fimbulwinter. In amongst dramatic scenes of survival, we also see Kratos reunite with his once dear ally Freya, who unfortunately still has no love lost for the duo.

Kratos continues his burning desire to stop his son from following in his warful, blood-soaked footsteps. Unfortunately, it seems that death and violence are destined to seek out the father and son over and again, as they are besieged by armies of enemies, horrifying monsters and beasts, and even the gods themselves. War, sadly and inevitably, runs in the family.

Ragnarok will span all nine realms, including the “previously unreachable Vanaheim, Svartalfheim, and Asgard — as well as to new areas from locations featured in the last game,” according to Santa Monica Studio senior community manager Grace Orlady. “Exploring the realms will take you everywhere from verdant, otherworldly jungles to intricate subterranean mining networks.”

For more details on God of War: Ragnarok, check out the official PlayStation Blog.