It’s still super weird to boot up what is ostensibly a “PlayStation game,” then see the Xbox controller prompts on-screen, baked in. What a wild world!

But here we are with Sony dabbling in the PC realm. We’ve been here once before with Horizon Zero Dawn, and now we’re entering the mythological realm of God of War 2018. 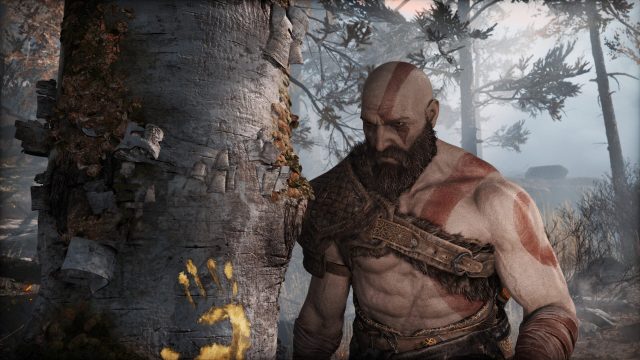 It goes without saying that if you haven’t played the new God of War yet, you probably should. It’s hard to say anything new about it four years after the fact, but it’s an addicting, tempered, semi-open action romp; with just enough to do to keep most people satisfied without resorting to open-world dullness and oodles of pins. It’s also true to form when it comes to the action pedigree of a few of the best games in the series.

Sony could have chosen any number of other busy “go to these billions of pins” open-world games in a bid for another PC port to add to the pile, but they instead picked God of War, and I couldn’t be happier. If you haven’t played it yet, without spoiling anything, this romp brings Kratos back into the fold in a meaningful way, while curbing the many sins of modern open-world game design.

Instead of throwing lifeless hubs and sandboxes your way, God of War has a central zone that’s semi-open, but deliberate in concept and design. From there you can venture off into several “spokes” on the wheel of that hub, all of which have a similar flow to them. All the while, you’ll be slashing things up and potentially taking on endgame superbosses, as you beef up Kratos.

I got lost in it all over again on PC. After the sullen intro it’s off to the races, as Kratos gets embroiled in yet another god-level conflict: this time with his son, Atreus, who accompanies you as an AI archer companion. While I was extremely skeptical of the cloying nature of a relationship like this, especially in a series that’s not particularly known for hitting emotional beats, I was pleasantly surprised at how it was handled. Again, God of War nails so many things that it almost had no right to nail.

As far as the PC port goes, God of War has a suite of options, which you can check out in the gallery below — including the keyboard layout. Everything from instant monitor swaps are in (which a lot of games forget), as well as sliders for aspect ratio, Vsync, motion blur, film grain, and myriad accessibility controls (like altering the way some prompts work, and enabling auto-sprinting so you aren’t constantly pressing the button for it). Texture quality is variable with seven components, including the option to change up shadows, which is going to be useful for older machines.

God of War PC also supports DLSS 2.0, which uses Nvidia’s self-described “deep learning neural network to boost framerates,” which I was able to test on an RTX 2080 Super. The DLSS slider includes “ultra, performance, balanced, quality (and off)” options. My experience with DLSS was extremely smooth. Setting it to ultra, the game looked sharp and crisp, while maintaining at least 100 FPS basically at all times during gameplay: it benefits from an uncapped framerate. The top-end of God of War PC, on ultra settings, is 4K at 60 FPS.

Based on my personal experience, this port is smoother than the Horizon Zero Dawn PC project was at launch. Unless there are some inherent issues with certain types of machines, God of War is an easy recommendation if you’re looking to get in for the first time on PC, or want to relive it after playing it on PlayStation.