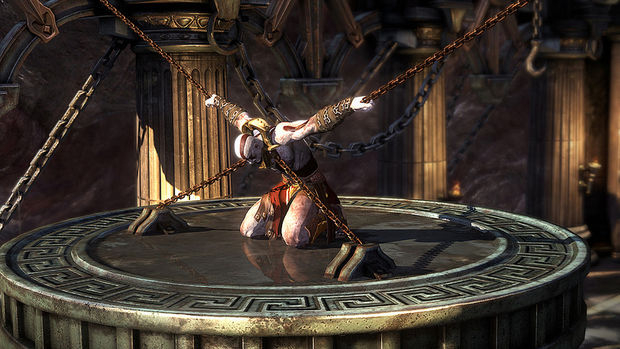 Ascending into the cloud

God of War: Ascension is supposed to be really good, but boy does it feel forgotten this year (it just came out in March!). Sony Santa Monica hasn’t forgotten it, though. The team has been pumping Ascension with a steady stream of multiplayer DLC all year, though that is now coming to an end, according to the PlayStation Blog.

Ascension is also being readied to ascend into the digital cloud, coming to the PlayStation Store as a downloadable tomorrow, October 15. Or later today, I guess. Along with this digital release, the DLC will see “special pricing options.”

Oh, and the soundtrack is going to be free for anyone on PSN for a limited time. Neat!

Anyone play this still? Or at all?

Though no new DLC is being made, you can still expect the following support:

Upcoming Balance Update – our Designers have plowed through mountains of gameplay feedback and are currently working on balance improvements that will tune-up all the Allegiances. We are aiming for this balance update to release later this month. Rest assured, things like the Ares Olympus Armor -20 (PR) is being heavily diagnosed.

Dedicated Online Support – we will be monitoring online 24/7 and any new major balance exploits discovered in the weeks or months ahead, we will assess for fixing.