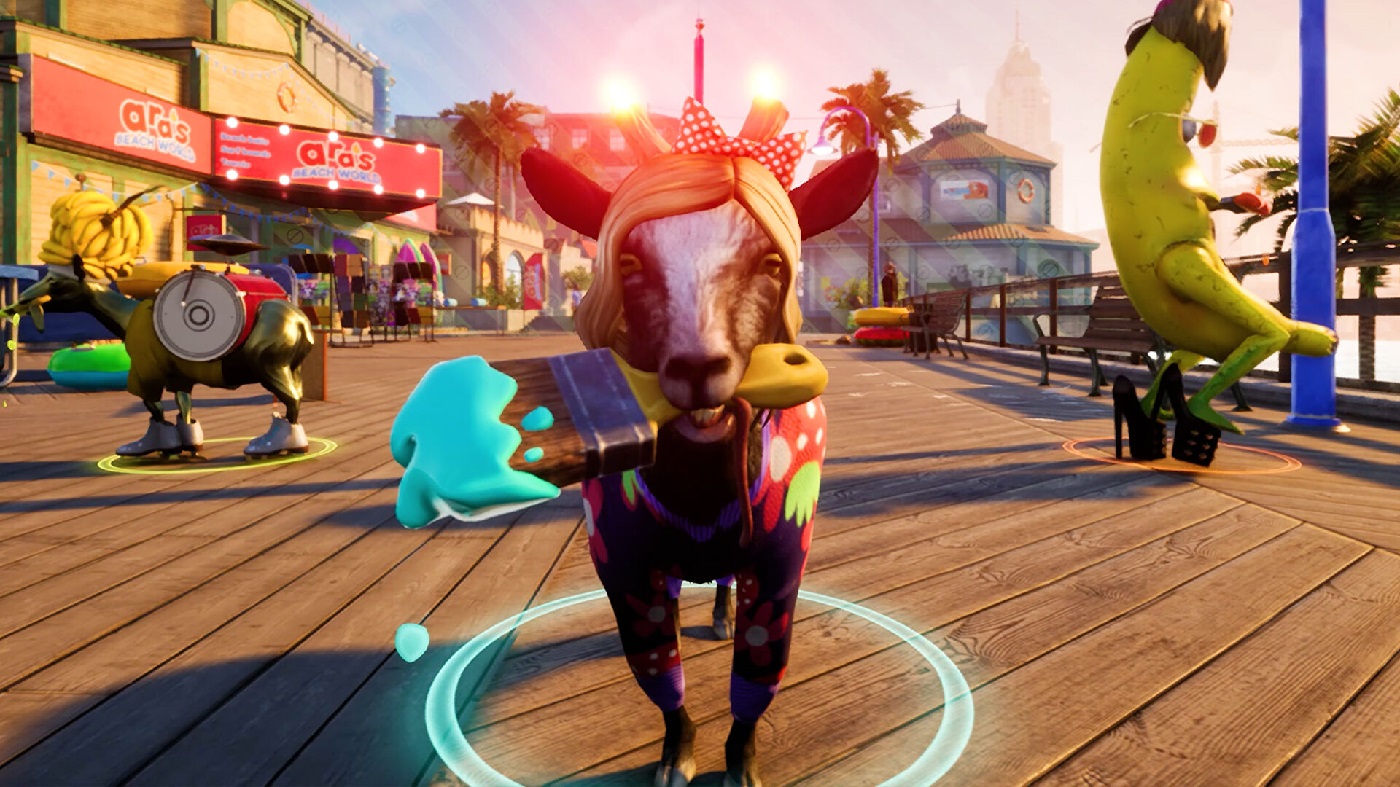 Coffee Stain Games has been forced to pull a new ad for its upcoming sequel Goat Simulator 3 after Rockstar Games took umbrage to its use of the leaked Grand Theft Auto (GTA) VI development footage.

The commercial saw the supposed four-legged hero of the physics-sim sequel, Shaun, discussing the preparation it takes to really deliver the goods as the premier star of the Goat Simulator series. As we see Shaun practicing his very finest ragdoll efforts, he tells us that he has been keeping busy between games — cutting to a montage of Shaun in action, which includes a clip of the controversial GTA VI dev footage, leaked earlier this year.

While this is not the first time the Goat Simulator crew has referenced another developer for satirical fun, Rockstar Games — as billion-dollar companies are wont to do — clearly didn’t see the funny side. The ad in question has since been pulled from all official outlets, with even reuploads posted to Twitter and other social media sites by members of the public being shut down as quickly as they appear.

Rockstar Games is still shining from the theft and broadcast of the (clearly very, very early) development footage. The videos were allegedly stolen in September directly from the company’s own Slack channels by a 17-year-old hacker, who, is it also claimed, had planned to extort the publisher, but instead found himself in the bad books and black vans of the feds. The suspect is expected to appear in a high court at a later date.

Goat Simulator 3, which does not feature any GTA VI source code , (that we know of) is available now on PS5, PC, and Xbox Series X.