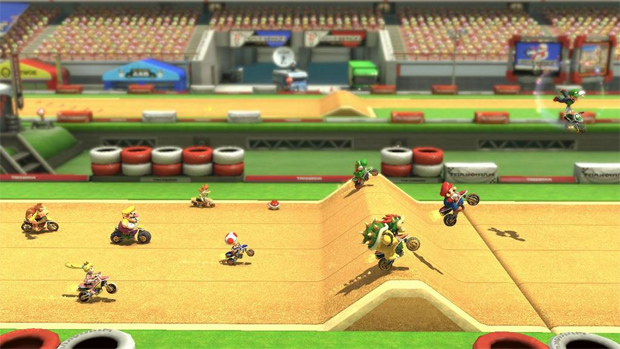 Nintendo by and large has been doing DLC right. The Mario Kart 8 DLC pack is massive, adding three characters, four vehicles, and eight tracks to the mix. Breaking free of the typical Kart conventions we’re seeing crossover content from the likes of Zelda, which is something that’s never been in a Mario Kart game before.

Ahead of the 12EST update that typically happens on Thursdays, you can now grab the first pack of paid DLC, and update to the 3.0 version. 3.0 essentially just adds amiibo support, which can interact with Mario, Yoshi, Peach, and Donkey Kong to unlock on-disc DLC. Thankfully, it’s cosmetic in the form of outfits.

If the update doesn’t show up and you pre-ordered the DLC, try launching it from the main menu (not the quick menu). Then close the game and re-open it again.