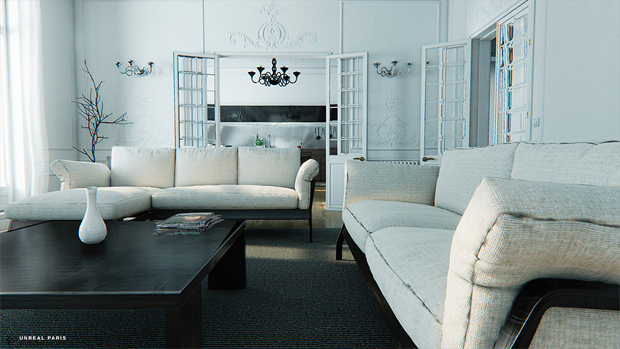 That’s not a real room

Epic Games is no longer charging developers a monthly subscription for Unreal Engine 4. The engine is now free for anyone to use. Well, free to a point — “When you ship a game or application, you pay a 5% royalty on gross revenue after the first $3,000 per product, per quarter.”

However, there’s no royalty associated with “film projects, contracting, and consulting projects such as architecture, simulation, and visualization,” according to Epic. The company also promises that all future updates for Unreal Engine 4 will be free.

Developers who just paid the old monthly fee for access to the engine will get a pro-rated refund to cover their most recent payment and everyone who’s ever paid for an UE4 subscription will get a $30 credit in the Unreal Engine Marketplace. Smooth moves all around.

I wonder if Unity has any announcements lined up. It is Game Developers Conference week.

If you love something, set it free [Unreal Engine] [Image source]