[Dtoid community blogger StriderHoang is thankful for his lady. Though distance may keep their bodies apart their love blooms in the world of Animal Crossing. Want to see your own stuff appear on the front page? Go write something! –Occams Electric Toothbrush]

Many of us have loved ones and we may envision sharing our passion of games with them. Many of us who have attempted may also be familiar with that feeling in your gut as you watch your loved one walk in circles trying to figure out the buttons. Years of playing games condition us to instinctively know the bottom-most button usually jumps and the left-most button performs an action. An instinct like this isn’t something you just pick up quickly and no matter how much my girlfriend really does enjoy a game or two on her laptop or tablet, it’s difficult to find a game we can both enjoy together. She feels comfortable on smaller mobile games and I want to try a co-op game that may be beyond her current spatial awareness. 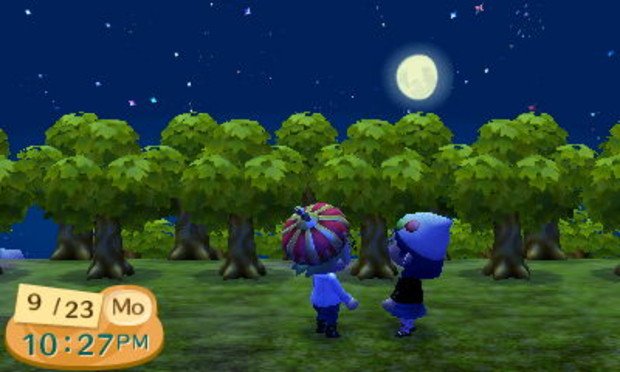 I knew she liked puzzle games because she played a ton on a flash cartridge for her Korean DS while she taught English abroad. I remember being excited for Call of Duty: World at War, to the extent that I took my girlfriend with me to buy it at launch and binge through the entire campaign while she just watched the spectacle. The first game I intimately shared with her was Crashmo for the Nintendo 3DS and while it was an instant hit, it wasn’t something we could both enjoy. Sure, we’ve played games together before but it was usually amongst mutual friends as well. By the time I had bought a Nintendo 3DS though, I knew I was excited for Animal Crossing: New Leaf and had a long history with it. So I took a $200 risk: buy her the special edition Animal Crossing 3DS that had New Leaf pre-installed knowing she might’ve hated this beloved franchise of mine that was already a niche within a niche.

In hindsight, the odds of her just playing it once and never playing it again were high.  I’d have forked over $200 for a 3DS with essentially pre-installed shovelware. But in a long distance relationship that you’ve made work, you look for every thing you can to shrink the distance a little: phone calls, texts, Skype, Facebook, and more but it’s never enough. Until you figure out a practical solution to distance like a proper job or housing, you do what you have to. Playing Animal Crossing: New Leaf together over the internet was one more, albeit significant and expensive, option to shrinking that distance. Would she like playing it, let alone together? 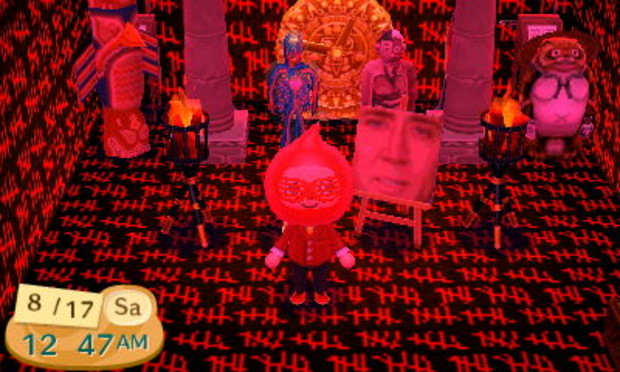 Thanks to a dark pact with Nicolas Cage that is.

It wasn’t as if I took a blind guess on it. Animal Crossing has cute, endearing animals to befriend and Animal Crossing isn’t exactly a hard game to control. There’s no hard failure state as you can live in a tiny house as long as you like with a loan that incurs no interest, never defaults, and will never lead adorable little animal thugs to find you and break your knees over a late payment. You’re free to talk to animals and make friends or simply ignore them to further an agenda of cold hard cash bells. But just as there’s no failure to get frustrated, there’s no inherent goal. I couldn’t predict whether or not she’d get tired of shaking her 20th fruit tree to earn money towards some sweet digital furniture. Of course the point isn’t the intrinsic mechanics built into the game. The point is to play together!

We got to share stories and tips. I told her about selling native fruit in foreign towns and then we’d go to each others’ towns to make bank. When Crazy Redd came into town with his stupid art, I’d help her figure out with painting was legit. Something I should’ve expected was just how deep into the game she’d get. Whenever she really likes something, she goes all in and its hard to pry her away. It happened with Tetris, it happened with Megopolis, and it certainly happened again.

She started to plant her flowers and trees in methodical patterns. She’d complain that my flora was scattered around randomly and I replied that it was simply natural. She planted so many different fruit groves that that it’d put a Civil War era plantation to shame. She was definitely the hard working mayor who stumbled into town to my sort of hippie, surfer type mayor who just rolled into town and bums around with a juice box and a joint. Don’t get me wrong, I definitely took pride in some interior decorating with themed rooms such as a trophy room, a jungle cabana, and an arcade. But while I was sitting on a cool two million bells at most, she stocked up on an ice cold 25 million bells. 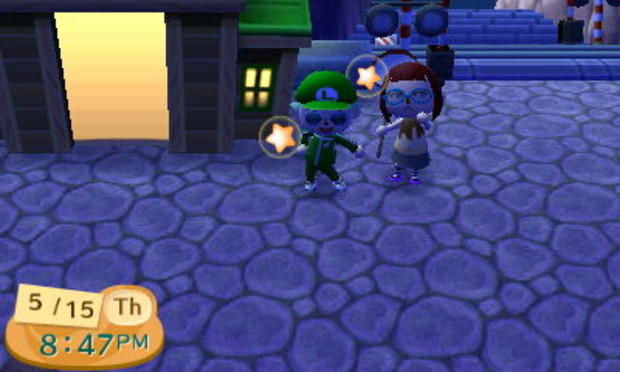 Meanwhile, I had all the style!

The job market is tough and we still live a long ways off from each other in our home towns. We’ve even both gone back to school to figure out better opportunities. While I have a BA in Journalism (for some reason) and she has one in Creative Writing, we’re now pursuing Networking and a teaching credential respectively; two areas that aren’t going to experience any shrinking of jobs anytime soon. In the meantime, we’ve competed in bug catching competitions, gone island fishing, traded outfits, listened to a dog hold concerts, harvested million bell yields, trick-or-treated together, and more through Animal Crossing.

In particular we swooned over Kapp’n remarks on us as he took us to and from the island especially (“You better treat that Kitty O. well Marcel. She’d make a fine wife!”). She even had her own head canons much like my own.

She believed Bill the duck and Filbert the squirrel both adored her. Bill was a jock and would work out to impress her while Filbert would just be a goof and charm her with his vacuity. When it came time to install her police station box, she dropped Booker right between them, as if to help sort out their competitions. Of course, Booker isn’t as assertive as Copper, so all it did was leave a timid Booker in between the two rivals’ competitions. She had her own stable of favorites like Pudge the goofy bear and “if-Fonzie-were-a-koala” Eugene. Our fair share of neighbors would move from one town to another thanks to our continued visits and whenever someone new moved in, we’d immediately show them off knowing full well they couldn’t be persuaded to pack up and move to the other’s town. 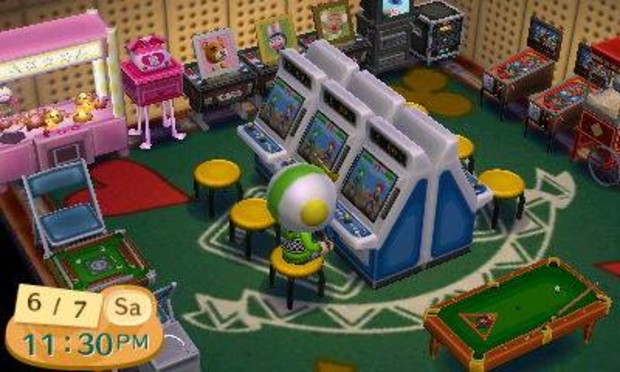 By the way, I wasn’t kidding about the arcade room. I mean look at this piece of work.

These days both our time on New Leaf has cooled off considerably. I try to get on to pursue all the catchables I missed from last year but Super Smash Bros. 3DS came out and now I have a Wii U. Her schedule is pretty packed but I decided to get her Smash Bros. too. Last night she invited me to play Farmville 2, which is decidedly less scummy then the first Farmville and decent fun even as far as tablet games go. We still talk optimistically of our future together and someday soon I’ll be too busy to play as much games as I’d wish but I’ll still fondly remember those times when our mayors would just jump into a bed together and we’d just talk over the phone about our day before we get ready for bed. I wouldn’t say Animal Crossing saved our relationship or anything but it does reconfirm my feelings that I have one hell of an awesome girlfriend and future wife when I come home from work, ready to play some games and the first thing she asks is, “What’s your premium at Re-Tail?” 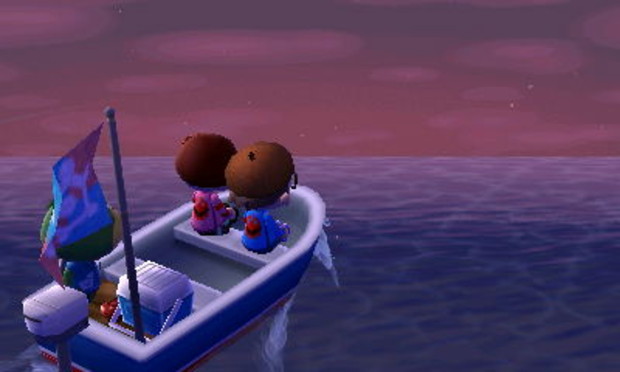 Two souls, bound by the red string of fate, now journey on to your uncertain futures, but together.