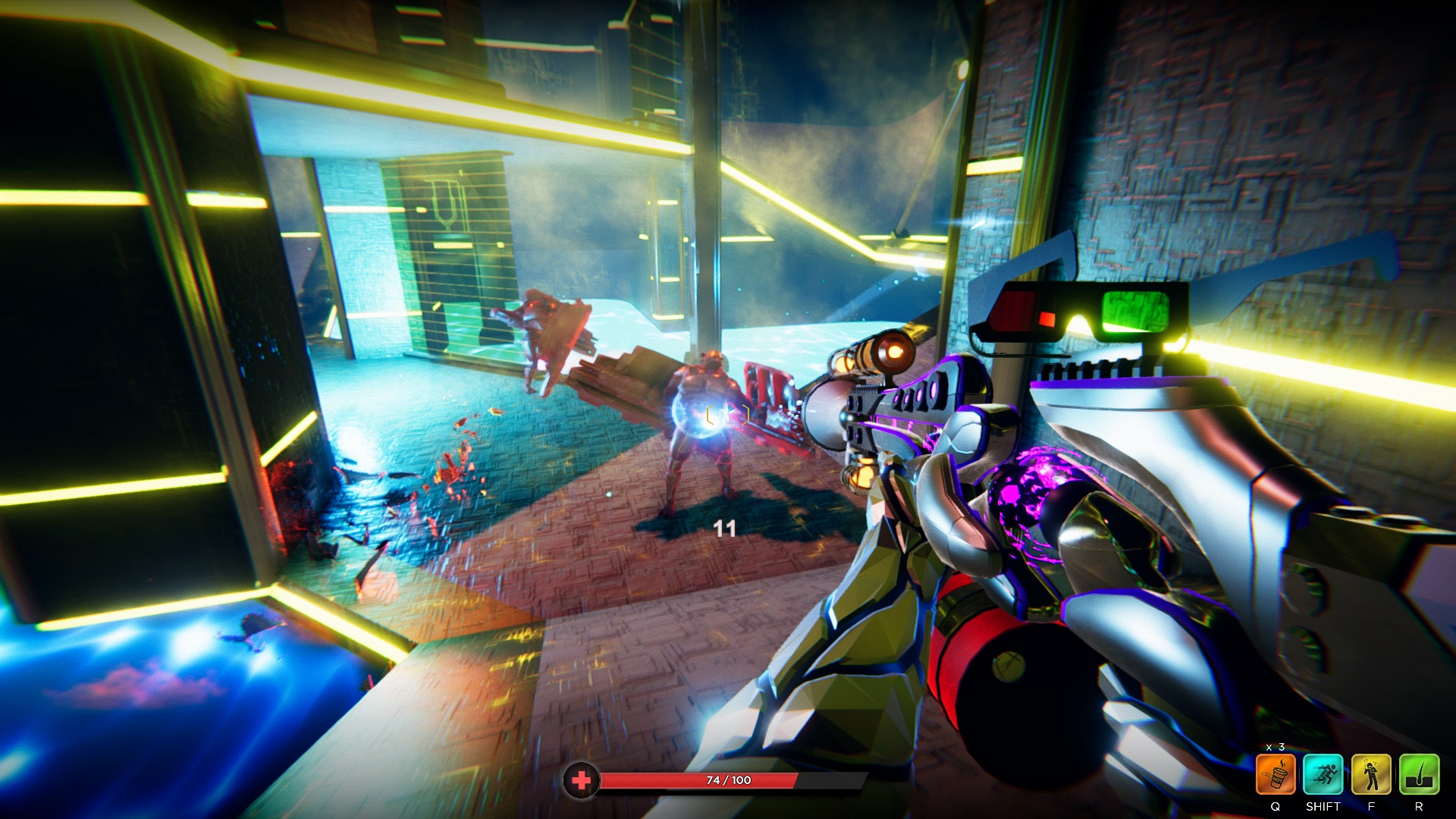 Nothing — NOTHING — gets me going like neon, synths, and wanton violence. There’s something about that combo that’s so inherently visceral and primal that as soon as I see those lights and hear that robotic melody go, I start to lose my mind. It’s a beautiful mix.

Hypergun, the frenetic new shooter from NVYVE Studios, hits all of those notes for me. I’m thinking it’ll hit some good ones for you, too.

Hop into the world of Hypergun, where aliens have taken over Earth and mankind’s only hope is the eponymous weapon being developed in secret to combat the spaceborne oppressors. Hypgergun features:

Get your fingerless gloves on one of our 10 Steam keys by commenting below with your favorite add-on to the Hypergun. Mine is the one that allows the weapon to shoot mustard at my enemies. It doesn’t kill them, but they’ll be right pissed when they realize they can’t get that stain out of their favorite jeans!

We’ll be drawing our random winners on Tuesday, August 28, so get your entry in now. You must comment from a Dtoid-generated account with your current email address on file in order to win. If I can’t email you, I can’t tell Al Gore how to invent the internet. Then no one gets a key.

Hypergun is available now on Steam, and will be hitting consoles sometime later this year.