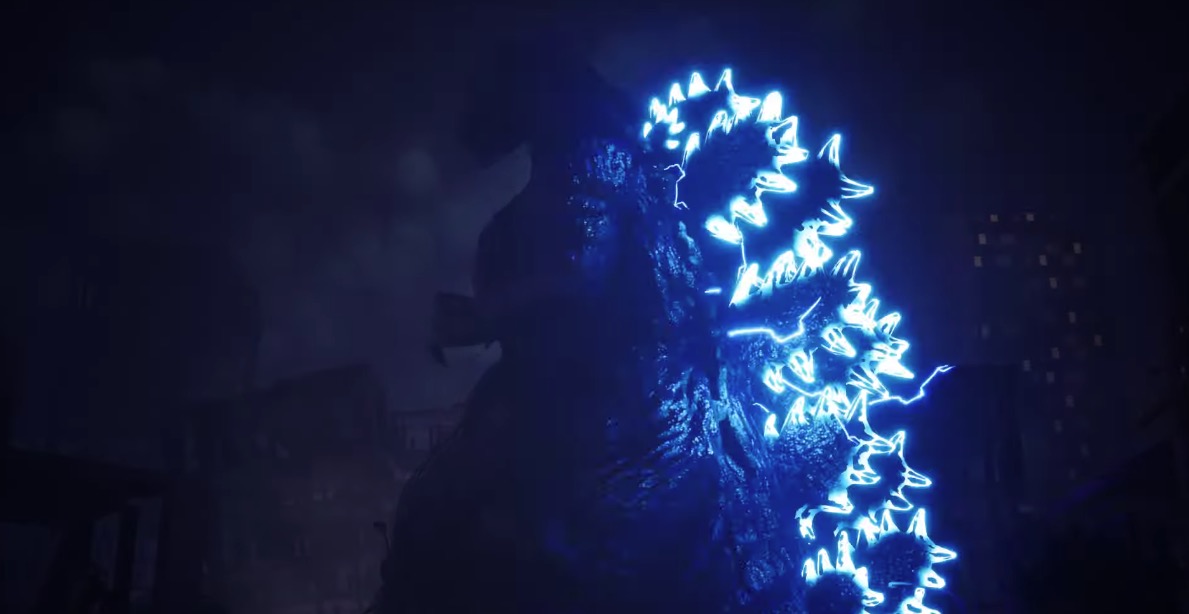 I hope this means Bambi isn’t too far behind

One of the most enjoyable games of 2022 to play with a group of friends will soon get a lot more enjoyable. Not too long ago, Passion Republic Games announced it had secured a collaboration with the Godzilla brand for its party-brawler GigaBash. Details were scarce at first, but in the early hours of Godzilla Day–which marks the nationwide release of Godzilla/Gojira in 1954–the developers dropped a new teaser trailer giving fans their first look at the GigaBash Godzilla DLC.

He may be shrouded in shadows but that is the big green monster that’s been saving and/or destroying cities since the ’50s. As I stated in my review, GigaBash already has its own spin on Godzilla with the kaiju Rawa. But I have to imagine getting the big green is certainly a boon for the developers. I mean, he’ll certainly make more sense here than he ever did in Warzone. Looking at his silhouette, I can’t quite put my finger on which of the many different Godzilla costumes the character is modeled after, but it does seem to be taking cues from the Heisei era of the franchise.

Obviously, it’s a brief look at the big green, but I can’t wait for him to join the action. Godzilla stomps his way into GigaBash starting on December 9. [Update: According to a press release, Godzilla will actually be one of four characters that will join the game next month as DLC.]  GigaBash is now available for PlayStation 4, PlayStation 5, and PC.