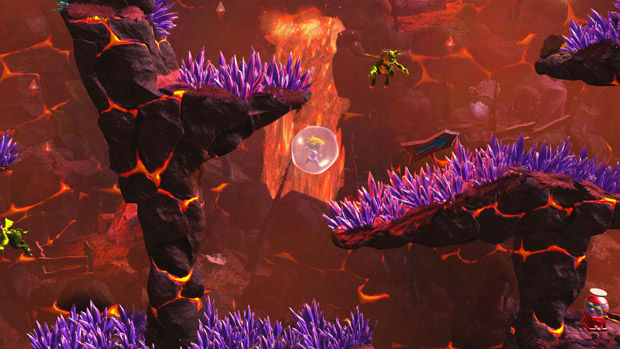 Giana Sisters: Twisted Dreams is a gorgeous and finely crafted platformer. It’s so satisfying to switch back and forth between the sisters to pull off some intense maneuvers. The game was just announced for Xbox Live Arcade, along with a trailer for the team’s celebratory live show, taking place on March 21 at 7:00pm CET.

What is even more interesting is what transpired on the game’s Facebook page after the video was posted. Some people expressed interest in a Wii U version and sure enough, the development team mentioned that “Wii U is also planned, one step at a time!”

I’m really stoked that the game will be getting more exposure, and I will definitely pick this up again on the Wii U, assuming everything goes according to plan.