As the Ghostrunner community eagerly awaits news of the cyberpunk hack ‘n’ slasher’s upcoming sequel, publisher 505 Games has decided to throw them a bone in the form of some Ghostrunner 2 concept art — depicting the hi-tech towers awaiting Jack’s next bout of high-speed slice ‘n’ dice action.

The new art was revealed as part of a special live stream this weekend, which you can watch right here.

Currently in development at Polish studio One More Level, Ghostrunner 2 was first announced way back in May 2021, though very little has been revealed of the project to date — with plot details, locales, and mechanics still under wraps. One can only assume that the developer will stick with what brought it to the dance, offering highly adrenalized action, wanton violence, and dizzying acrobatics set against the backdrop of a highly impressive future world and the A.I.-based power play that forever shakes its walls. 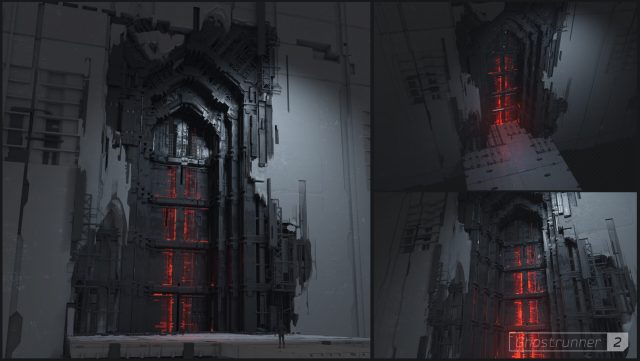 Originally published by Polish company All-In! Games, the Ghostrunner IP was eventually purchased by 505 Games — following an amusing bit of business where the company first refuted All-In!’s offer, then decided that, actually, they would like to buy Ghostrunner after it sold 600,000 copies and recouped its development costs in a single day. With 505 Games in its corner, One More Level hopefully has the extended resources and marketing power to make the sequel a real smasher.

While it has undeniably been very quiet on the development front, fans can hope that the studio is simply busy making another fantastic entry to one of the coolest franchises of the modern gaming generations. Gameplay video might still be some time away but, as the adage goes, the best things come to those who wait. And given the total radness of its predecessor, I’m more than willing to wait a little longer.

Ghostrunner 2 is in development at One More Level. Platforms or release date are yet to be announced.