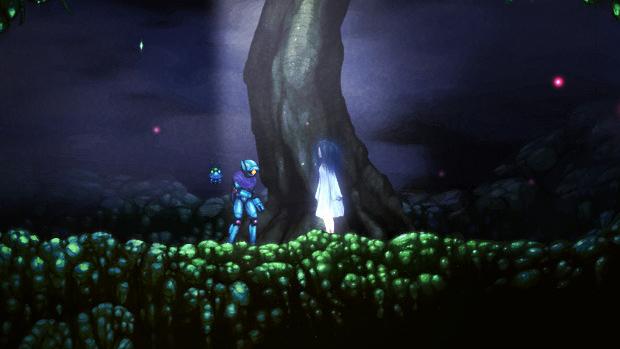 There has been a resurgence of great Metroidvania titles coming out in recent times, but none have been quite as, well, heavily inspired by the Metroid series as Ghost Song: A Journey of Hope. Take a look at the Kickstarter video above and you’ll see it too. Dark, alien planet? Check. Eerie, atmospheric music? Check. Creature that demonstrates an ability? Check. Shooting doors to open them? Gigantic boss monsters? Storytelling without cutscenes? Check, check, and check.

Ghost Song wears its inspiration on its sleeve, with designer Matt White proudly citing Super Metroid as a clear influence on his design perspective. What isn’t quite as obvious from the trailer is his other inspiration: Dark Souls. Though the game isn’t intended to be punishingly difficult, it will take some cues from the cult classic. Apparently, this is something the public desperately wants; the campaign reached over a third of its funding goal within the first twelve hours.