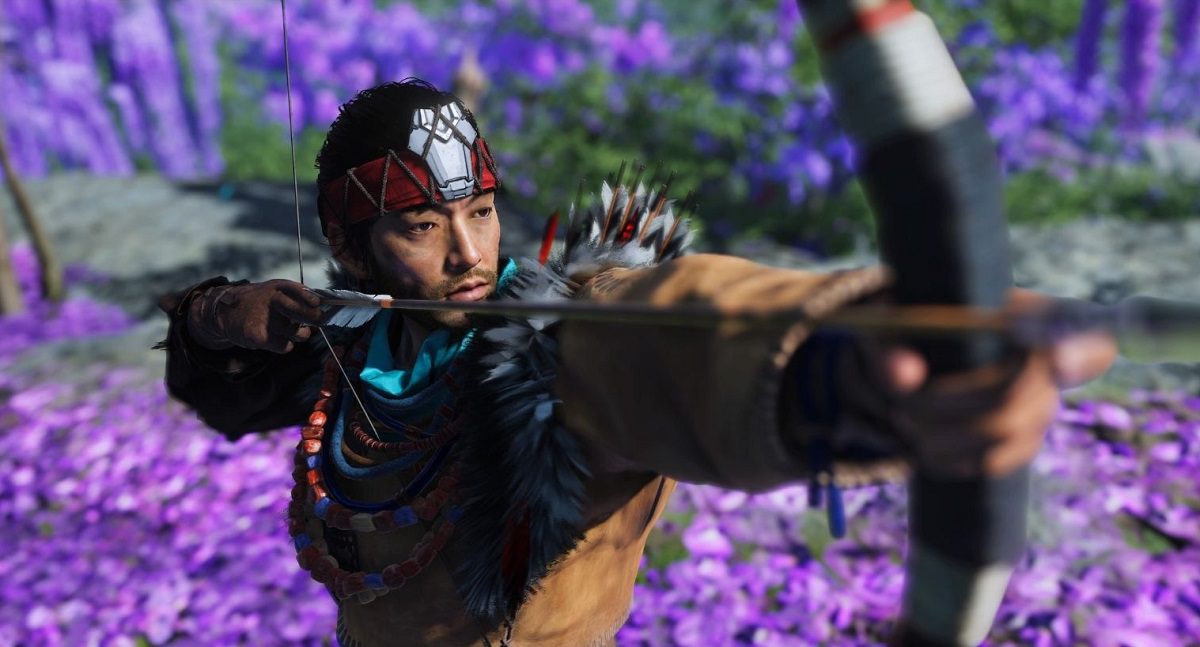 Trade your alloy for Aloy

In just a short week’s time, players will be getting to grips with one of the biggest PlayStation releases — nay — biggest releases of 2022: Guerilla Games’ Horizon Forbidden West — To tip the hat to the survival adventure’s return, developer Sucker Punch has released new DLC for its own excellent adventure, Ghost of Tsushima Director’s Cut, which pays homage to Horizon‘s beloved hero, Aloy.

The latest update for Ghost of Tsushima Director’s Cut, Version 2.15, includes a mini-mission that tasks players to travel to the north of the Iki Island expansion, where they will happen upon a newly repaired Wind Shrine. Solving a puzzle at said landmark will then unlock a new armor set for protagonist Jin Sakai, stylized after the monster-slaying gear of Horizon‘s intrepid Aloy. A fun little crossover, I’m sure you’ll agree.

In addition to the Horizon crossover content, the new update adds a new “Platinum” difficulty setting for Ghost of Tsushima’s Survival Mode. This setting will provide veteran players with a true test of their skills, offering up rewards such as top-tier gear and weaponry. The update also contains a fresh round of bug fixes, including improved stability across the board, and a new “Block” function for multiplayer matchmaking. Further updates are in the works for Legends mode. You can check out the full patch notes over at PlayStation Blog.