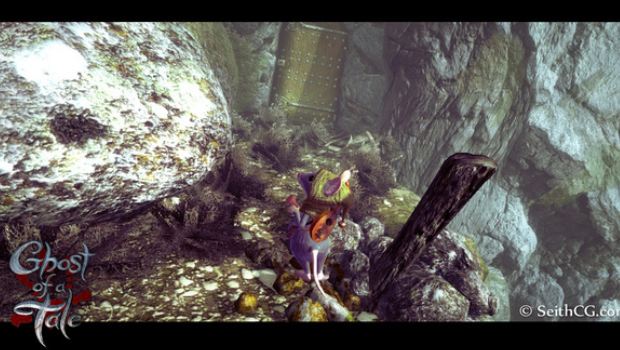 This is one crowdfunding project that needs to see reality!

It’s become so hard to follow all the crowdfunded games that my eyes typically glaze over as soon as a developer starts warbling about Kickstarter and IndieGoGo. Ghost of a Tale, however, has one thing all the other contenders don’t — a mouse in a hat, with a little tiny lute on its back.

Lionel “Seith” Gallat is in the driving seat, a man who previously worked on such films as Despicable Me and The Lorax as an animator for Dreamworks and Universal. His upcoming action-adventure game is inspired by the likes of Dark Souls and Legend of Zelda, and pits a medieval mouse against undead animals. You can certainly see the inspirations in its trailer.

The project requires 45,000€ to get off the ground, and I certainly hope it makes the cut. This is looking like a genuinely charming little romp. It’s got a mouse. A mouse in a hat.