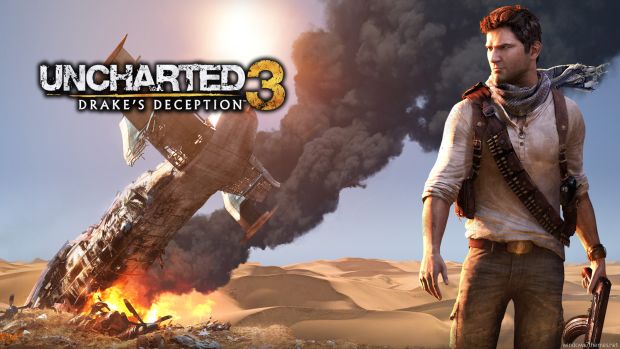 So, I’ve been doing this job for over five years now and I’ve done a lot of crazy stuff. Yesterday though? Yesterday was the strangest event for me yet. PlayStation and Subway have teamed up to do an actually rad promotion for Uncharted 3 and they invited the press to play some of the multiplayer at a Subway. Yes, like an actual Subway restaurant.

So there I was, playing the Uncharted 3 multiplayer while I was overwhelmed by the smell of Subway. I don’t know if that last part was a good or bad thing, but this tie-in means something really awesome for all of you.

Go buy a large drink at Subway, redeem the code that comes with the cup and you’ll have immediate access to the Uncharted 3 multiplayer. Not like just one map and some guns. I mean the whole entire multiplayer. A full month before the game is released!

You basically get the entire multiplayer experience and access to everything, up until you hit the level cap set at 35 for this promotion. So maps, gametypes, weapons, etc. Once Uncharted 3: Drake’s Deception is released in November, all the stats and earnings you’ve acquired transfers over to the full retail release.

Part of the Subway tie-in also plays in within the game. You can unlock shirts, hats and other stuff adorned with the Subway logo. You can even get the “5 Dollar Footlong” hand gesture thing as one of your taunts, which is pretty damn cheesy. And before you ask, no you can’t unlock Jared as a playable character (yes I really asked.) The Subway tie-in also has some actual useful stuff, such as “Paid Boosters.” It’s basically perks you can purchase before a match that can only be used in the one match.

That’s not all. The Subway sandwiches, chips and more also have codes on them which go into getting you real world prizes. Want to win a trip to France? Dubai? Nepal? Well there’s the chance you can win a trip there and do crazy shit like white water rafting on the Naranjo River. Other prizes include a Sony Bravia 3D TV, PlayStation 3 systems, $1,000 and of course, Uncharted 3 itself.

So yeah, that’s a lot of stuff you can win. I’ve seen lavish tie-ins and promotions before, but never on this level. The prizes are one thing, but I think it’s ridiculously awesome to give players access to the full multiplayer a month before release. No one, at least on the console side, has ever done that before.

Oh, and thanks to Sony and Naughty Dog, we’re going to giveaway 20 of the Uncharted 3 mutliplayer codes to you starting on Monday.