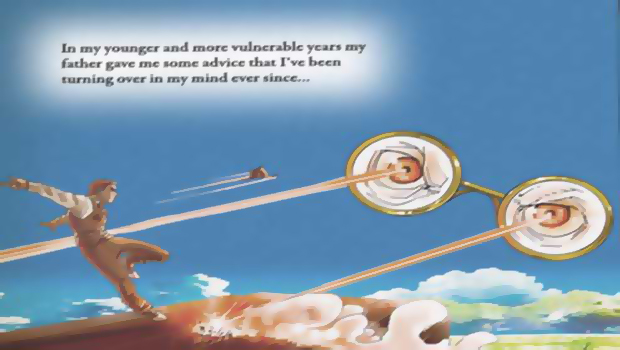 The marketing blitz for the new Great Gatsby movie starring Leonardo Dicaprio and Toby Maguire is in full effect. Right on cue, people across the world are already bemoaning the films existence, insisting that the movie is redundant and unnecessary when compared to the original novel. These people have not seen the film yet, but they still feel the need to express an opinion on the subject, because expressing an opinion feels fantastic.

Well I have an opinion too, and that opinion is that the Great Gatsby NES game from a few years ago is also better than a movie that I have not yet seen. It allows you to enter the mind Nick Caraway, playing the part of his deep seated subconscious desires to kill everyone he sees with his hat. It’s F. Scott Fitzgerald by way of sadistic Salvador Dali Professor Higgins (sans skateboard) and it’s free to play right now. Also, the music it pretty great.

Top that, Dicaprio and company.