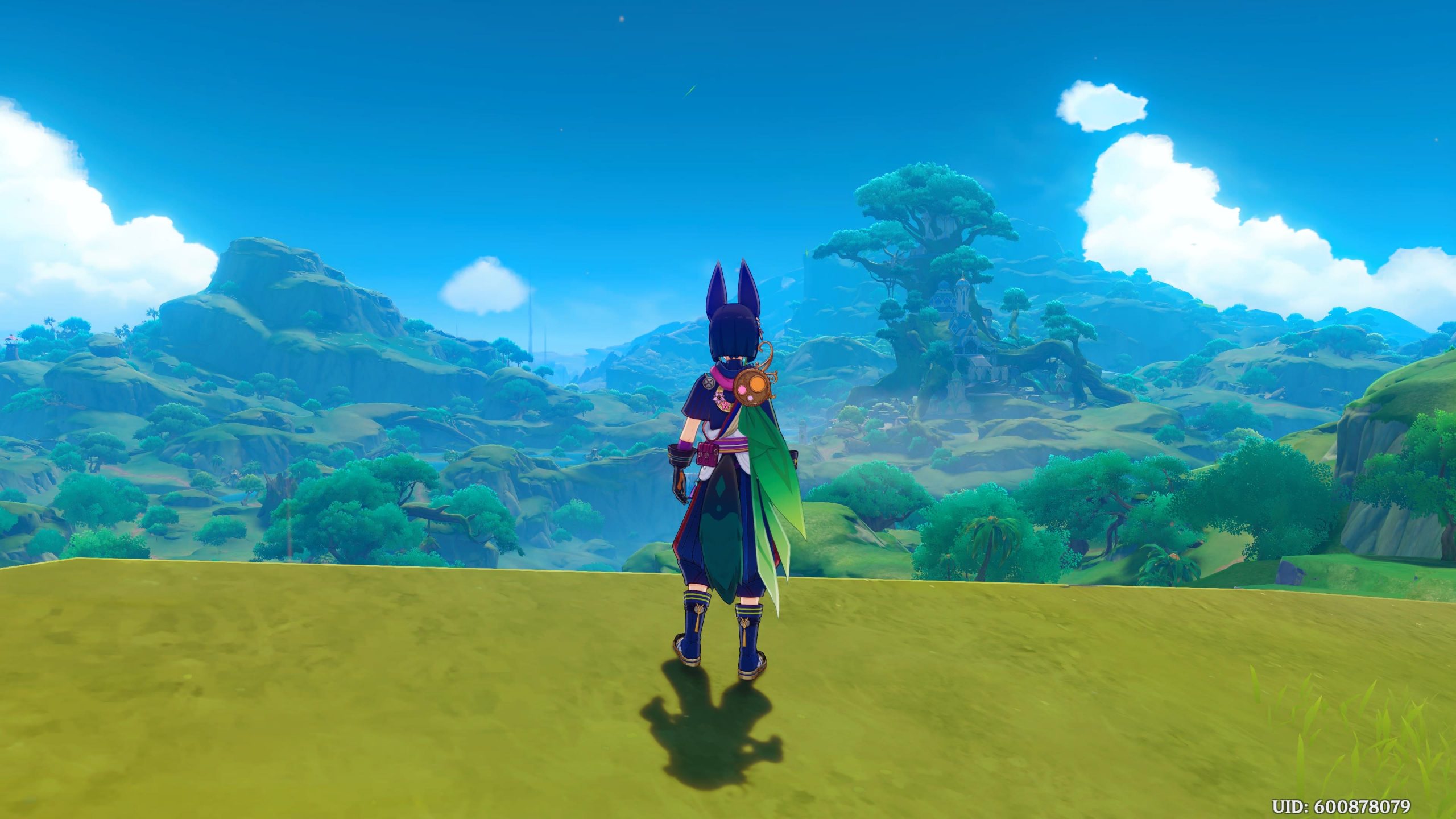 Today marks the day of the debut of Genshin Impact 3.0, which ushers in the Sumeru region, as well as new storylines and characters. Its lush setting should serve as a great break from the purple hues and sometimes scary aesthetic of 2.0’s Inazuma region.

Here’s a look at some of the major tenets of the initial 3.0 launch, which will be iterated upon as more updates are released.

If you’re up to date on your Archon Quests (and many of you are, prepping for 3.0) and are done with the Chasm, just head to the waypoint in the southwest corner of the map, right near the Chasm. Head west and climb up the Chasm walls: you’ll see Sumeru in all its glory at the apex (in the header image).

An alternative way to access it is to head to the events overview page (the compass icon), and select “Graven Innocence.” This is the quick start method, but it comes with a warning. Before you confirm, it’ll tell you to complete the Archon (main storyline) Quest “The Trail of the God of Wisdom” for the “best experience.” This is essentially a way of telling you that you might be lost story-wise, and that some characters might be indisposed with certain quests.

Sumeru’s enemy scale starts at level 67, so be prepared (an adventurer rank of 35 is also recommended). One big enemy gimmick involves fungi types, which yield different rewards if you use an Electro or Pyro ability on them. Another Sumeru quirk is the appearance of the “Four-Leaf Sigil,” which operate like guided grappling hooks of sorts to access some areas more easily.

A quick rundown of Tighnari

Tighnari is a Five Star Dendro Archer, and helps usher in the Dendro element alongside of Collei (below), and the Traveler’s ability to swap to Dendro in the new region. Their main gimmick involves an ability that deals area-of-effect Dendro damage, which also distracts enemies with illusions. His passive is very useful for starting out 3.0 with little knowledge of the zone, as he can suss out Sumeru-specific resources and display them on your map.

As advertised, Tighnari can be leveled up via items that are unique to the Sumeru region. His ascension materials are Nagadus Emeralds (dropped by Jadeplume Terrorshrooms), Fungal Spores (dropped by Fungi and through the stardust exchange), and Nilotpala Lotus (found in Sumeru water) plants.

If you want to try Tighnari, you can use him briefly in the “Test Run” tab of the events overview (compass icon) menu. You should probably just do this anyway, as you’ll get rewards for doing so, including 20 Primogems for a few minutes of work.

A quick rundown of Collei

Collei is a less rare Dendro Archer, who also serves as Tighnari’s trainee. They can wield the Dendro element with a floral ring, which will damage enemies when it hits, and when it returns (it can also synergize with party status effects). Her passive decreases gliding stamina consumption by 20%, which is useful with Sumeru’s vertically-inclined design.

To level up and ascend, you’ll need Nagadus Emeralds (Jadeplume Terrorshrooms), Rukkhashava Mushrooms (in the wild of Sumeru), and Firm Arrowheads (common items found via Hilichurl Archers and the stardust exchange).

You can get extra login rewards too for the launch

If you aren’t familiar with the “check-in” process, go set it up.

Once you’re done, use it! The studio is running a separate Genshin Impact daily login bonus event concurrent with 3.0, and it’s called “Gifts of Encounter.” You can see it on the main PC site at the very top, and this also stacks with the daily check-in bonuses.

As a final parting bonus, remember that PlayStation Plus freebies reset for each update. You can get your 3.0 bonus now: just head to the main menu on your PS4/PS5, scroll down until you find the add-on section, and download the free PS+ item pack.