If you’ve got a 3D television, hordes of Locusts are gonna be coming right at ya’ this September when Gears of War 3 ships. Epic Games has announced that the Xbox 360 exclusive will support stereoscopic 3D.

“It’s still fledgling technology,” executive producer Rod Fergusson told Eurogamer. “It’s still a niche feature. But it was something we could support, so we felt, why not?” 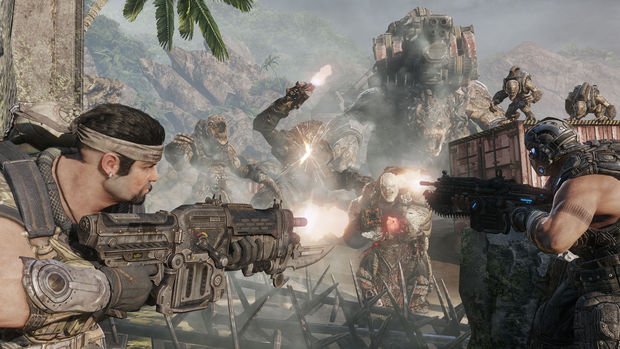 As Eurogamer also points out, the Xbox 360 isn’t capable of doing 3D in the same manner that Sony’s PlayStation 3 can. Instead, it works in a way that forces the game to run at a lower resolution. Fergusson admits that the game is “a bit jaggier in certain areas,” saying that “Instead of 720p, you’re at five something.” He does add that he feels it’s not a huge difference.

The addition of 3D came late in the process, Fergusson explains, and therefore the game itself wasn’t designed around the visual feature. As for the slight visual hit, he also says that’s something Microsoft is addressing in a software update for the current console.

“As you look forward, in the next [Xbox Development Kit] coming out of the Xbox, it’ll have more support for 3D or more higher quality for native support for 3D,” he confirms.

3D or not, Gears of War 3 is looking solid; check out our latest preview for more. The game is scheduled for a September 20 release.