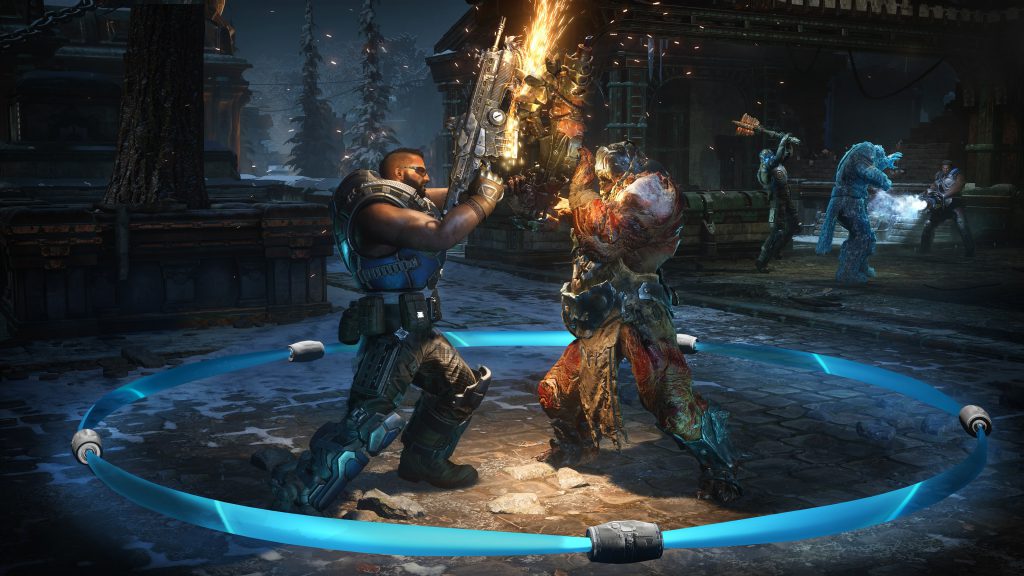 ‘No season pass, DLC maps are free, no gear packs all store purchases are direct’

Big publishers are changing the way they approach loot boxes: and for good reason, as legislative bodies are coming for them. Left unchecked for years, governments are just now picking up on the idea that randomly pulling a lever and getting items of varying quality is akin to gambling, and some countries are already looking to put the kibosh on it under the popular guise of “it’s for the kids.”

Smart firms like Apple saw the writing on the wall a long time ago and got ahead of the situation, marking loot box rarity with percentages to denote your chances of getting said rare items: essentially prostrating themselves at the mercy of the court. China outright passed that decree nationally. Many others are dragging their feet, but Gears of War developer Coalition is going to sidestep it entirely with Gears 5 this September.

Revealed outright on a developer blog with no vague CEO platitudes, the Gears 5 team says that they are getting rid of gear packs, as well as a season pass entirely, for the upcoming game. Here’s the rub: “no season pass, no gear packs, DLC maps are free for matchmaking and private play, there’s a new Tour of Duty system to earn loot, and all store purchases are direct, with “no RNG.” That last bit is clear, and follows the same principle that Bungie is gearing up for with their Eververse with Destiny 2: it’s not for us, it’s future-proofing in case random paid elements are banned.

Either way, we sort of win in this cold war. Although real money transactions in a $60 game are still going to ruffle feathers, there aren’t season passes to split the community and paid loot boxes are out. Paid loot box phrasing is key: because “supply drops” are still in, which reward random items, but they can only be earned through normal play (Blizzard recently swapped Heroes of the Storm over to this model as well). And again, if you want to buy something direct, you’ll use Iron, the premium currency (EA is using this model with Anthem). You can also buy XP boosts directly.

So there you have it! There’s still some tomfoolery afoot but the big content drops will be free. Is this what’s going to happen for the foreseeable future? The specter of legislation is scaring these publishers into compromising? It’s a wild world we live in now and this next year is going to get even wilder.

Filed under... #Gears 5#Gears of War#Microtransactions