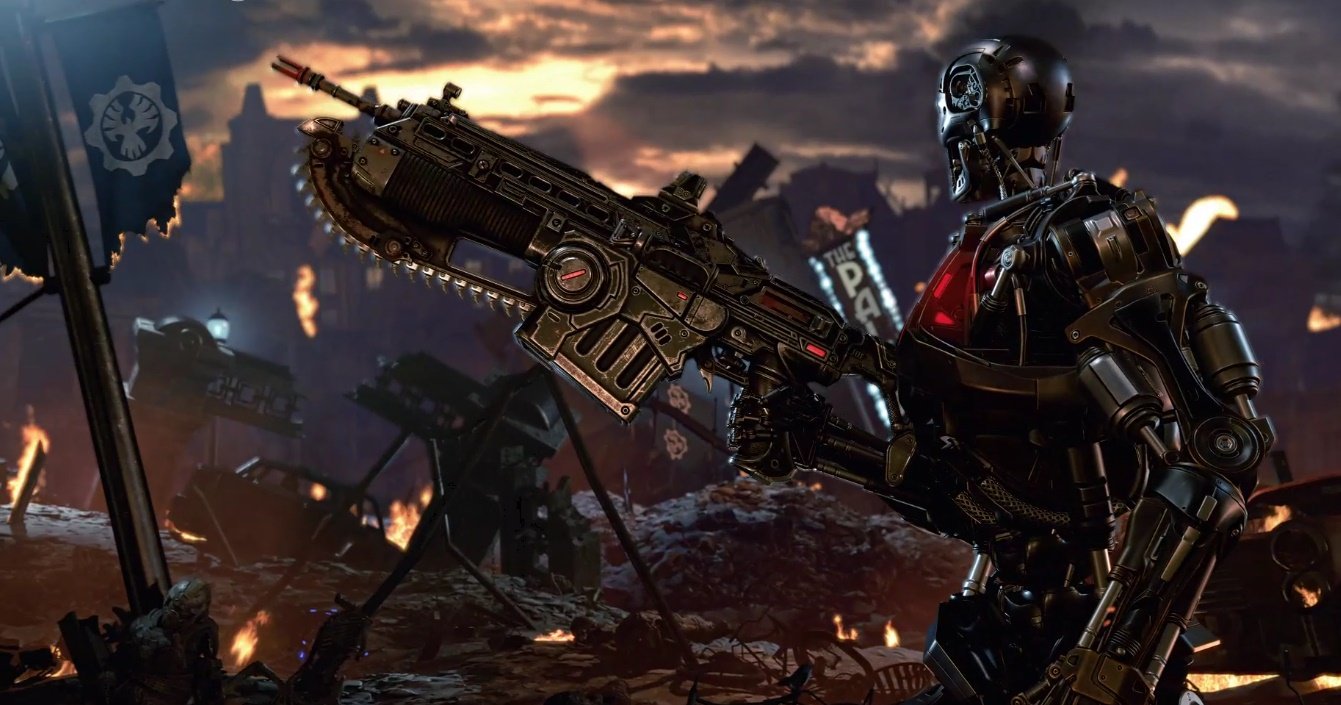 So uh, Terminator in Gears 5 eh? I guess it makes sense, both have giant guns (sometimes, if we’re talking about the generally weird post-apoc Terminator films).

But yeah, if you pre-order or have the Xbox Game Pass, you’ll get a character pack for Gears 5. Easy enough! This is likely not the last character pack or possibly even the last licensed pack opportunity: it’s Gears after all! Without Halo in the picture this is Microsoft’s big franchise.

Filed under... #DLC#Gears 5#Gears of War