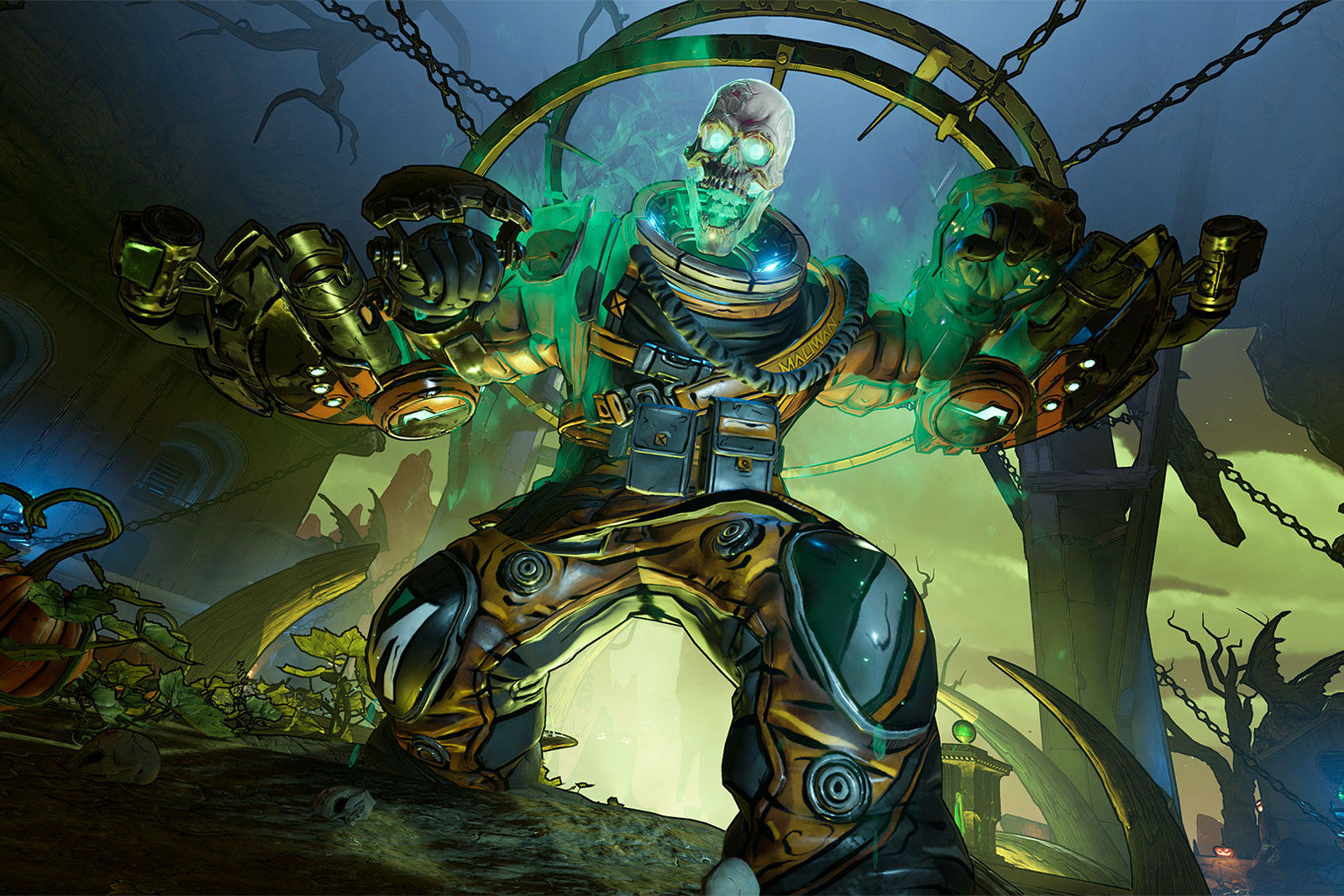 It should be a little more rewarding

It’s been a little while since Gearbox unleashed the first big event for Borderlands 3, but Bloody Harvest is here to stay for a while, and thus, there’s plenty of opportunities to tweak it.

This past hotfix was mostly harvest-centric, increasing drops for Captain Haunt (who was notoriously stingy), and general Hecktoplasm currency drops. Loot Ghosts will also drop loot more often, but most importantly: provide relevant Bloody Harvest gear. I mean, that’s what most people are playing the event for right? Not random trash drops you can get anywhere.

Gearbox also made the event a little more festive, increasing Terror anointed part drops in Bloody Harvest enemy loot tables, and decreasing them elsewhere, enhancing the relevancy of the event. Four bugs were also addressed, most notably two game-impacting issues dealing with the “It’s Alive” and “The Guns of Reliance” quests.

These notes are a little better than some in the past, providing quick breakdowns for the decisions made. You can find the full patch notes below! Bloody Harvest will run all the way through to December 5.

Captain Haunt is a fun boss fight with multiple phases, but players were often skipping entire phases because Captain Haunt’s shields were so low. We increased his shields to make the fight slightly more engaging for most players and dramatically increased the loot drop chance, so players are compensated nicely for defeating Captain Haunt.

Following what we’ve seen and heard from the Community and the fading Halloween season, you’re going to start seeing less Terror anointed parts dropping from regular enemies. Bloody Harvest enemies (including Ghosts!) will be picking up the slack, so if you are hunting to make a spooky build you know where to look!

Note: Although they can be slowed by Cryo damage, they cannot be frozen.

We found that Badass enemies with heavy weapons were creating too many explosion effects that lingered on the screen, hindering the player’s view at times. We are going to make a larger change to their weapons in the patch but wanted to shorten the explosion particle effect to dramatically lower screen clutter.