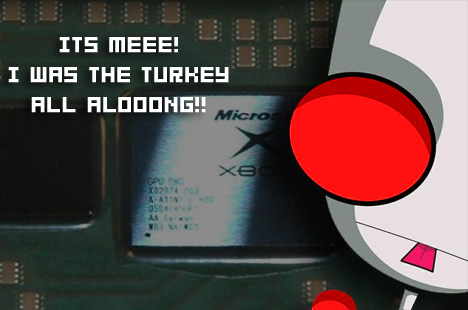 According to Gartner‘s research VP and Chief Analyst, Bryan Lewis, the Red Ring of Death that’s plagued the Xbox 360 since launch is the result of a crappy graphics chip — one designed by Microsoft itself.

At the Design Automation Conference in California, Lewis explained that in order to avoid paying a third party ASIC vendor, Microsoft opted to design the GPU itself and then send it off to Taiwan Semiconductor Manufacturing.

It’s kind of like the time your dad wanted to fix his own leaky toilet, only this is a lot less funny and a lot harder to clean up. Lewis says Microsoft’s solution was to let an ASIC vendor redesign the chip after all, whom he believes is ATI.

As of yet, no one from the big M has bothered to poke their head out and deny anything. Do you think Microsoft tried to sweep this one under the rug, or did Bryan Lewis plant it there?