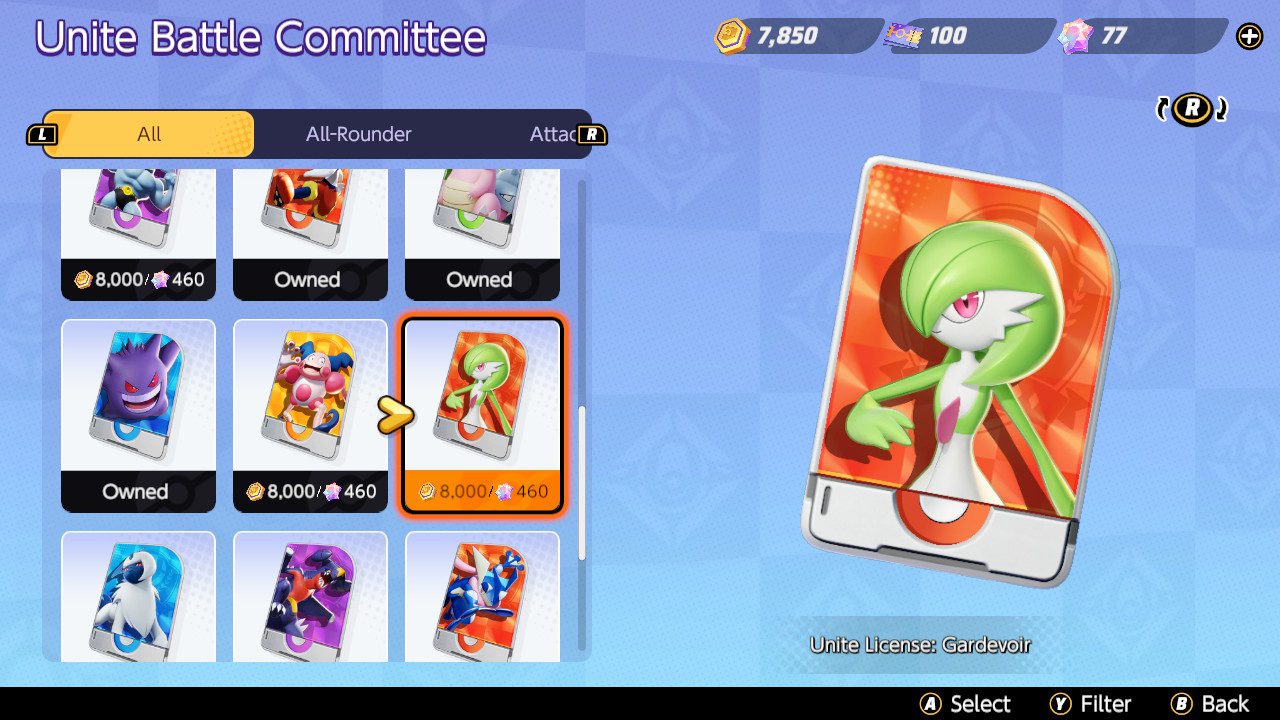 Gardevoir is live on July 28

[Update: Gardevoir is now live in Pokemon Unite. It is a mid-tier cost character, going at 8,000 coins or 460 gems (as opposed to 10,000 coin high-tier cost characters). It also launched with a skin called “Fashionable Style Gardevoir” for 350 gems. You currently cannot exchange holowear tickets for it.]

So Pokemon Unite is nearly a week old at this point, and one of the things I really wanted to see soonish is a roster expansion (especially given that Gardevoir and Blastoise are already technically in the game). Wish granted.

According to the official Twitter account for Unite, Gardevoir will enter the fray on July 28. It will join Venusaur, Pikachu, Ninetails, Cinderace, Cramorant, and Greninja under the attacker role, with a ranged tint. That same account actually gave us roughly 30 minutes of gameplay, which provides a pretty good look at the character’s animations and some of its moveset.

Gardevoir will sport its psychic powers from the games, even dunking balls without touching them. Like any new MOBA character, it’s shown crushing its opponents to make it a flashier purchase. That said, it does look mighty flashy with its area-of-effect abilities, like it could clean up a whole team. Special attack boosting held items, here I come! At the end of the clip, the publisher reminds us that Unite is coming to mobile devices in September.

I’m looking forward to Blastoise far more than Gardevoir. Not because of theme, but mostly due to the fact that he’s a defender (datamined info), which should shake up the meta from the already-dominate Snorlax in ranked play.

Attention, Trainers! Gardevoir is arriving to the shores of Aeos Island on July 28!

Keep your eyes open for when this Ranged Attacker steps into battle this Wednesday! #PokemonUNITE pic.twitter.com/3eurxLvZH5