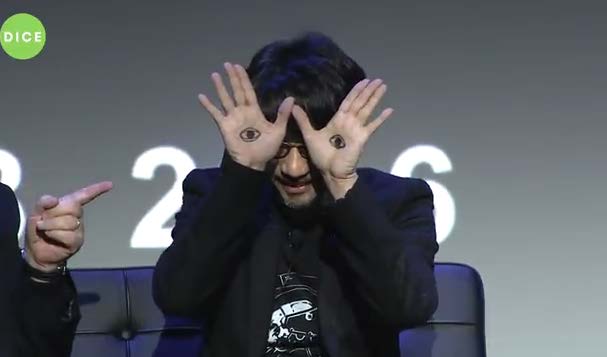 The DICE 2016 talk between director Guillermo del Toro and game designer Hideo Kojima just wrapped up (watch the replay here), and there were a few awesome quotes from both creators.

“The storytellers look ahead to see what they can discover, and the money people look back… that’s the safe route,” del Toro said to hunky moderator Geoff Keighley. He added that in terms of creativity, gaming is “only limited by the bastards with the money.”

After Keighley quoted del Toro on previously saying he was done with games, he responded, “Except with this man,” gesturing towards Kojima. “I’ll do whatever the fuck he wants.”