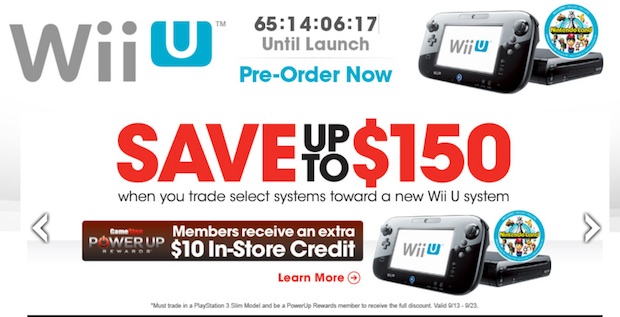 GameStop has opened up Wii U pre-orders this morning following the system’s official price and date announcement. Both the 8GB Basic set and the 32GB Premium are awaiting your clicks, both set for shipping on November 18. Several launch window games are also pre-order-able, though some of the pricing is not set yet.