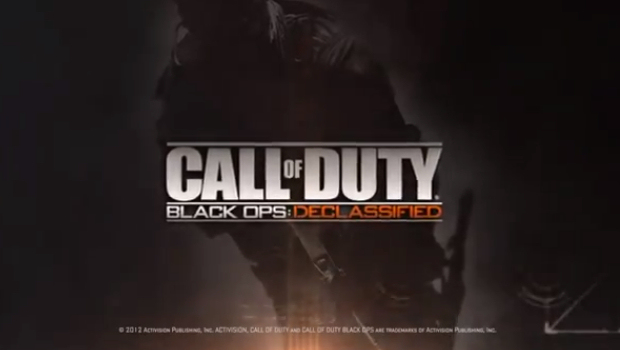 Developer Nihilistic Software gave us a live demo of Black Ops II: Declassified today showing off the four versus four multiplayer over Wi-Fi. There will be six maps, and you can expect modes such as Free-for-All, Team Deathmatch, Kill Confirmed, and other classic multiplayer modes too.

The team wasn’t really getting into many specifics during the presentation, but from what I could tell the overall character progression system appeared to be more along the lines of Modern Warfare 3’s system. You’re getting experience points with every kill, plus Declassified is using the Kill Streak system as opposed to the new Score Streak system in Black Ops II.

As for the Vita specific controls, you can tap the front screen to throw a lethal/tactical grenade, use a Kill Streak, or knife strike, and using the back touch pad holds your breath while sniping. You can also press and hold the front screen while throwing a grenade to direct exactly where you want to toss it at.

With the PlayStation Near feature, you can share your loadouts with others so that they can use them on their profile. This Share-a-Class feature even lets others use the weapons in your class even if they haven’t unlocked the items themselves yet.

Single-player wise, the story of Declassified is set between the events of Black Ops and Black Ops II. The missions are designed with an “on the go” mentality, so they’ll be easily enjoyable in bit sized chunks. A time trial and survival mission mode compliment the single-player package.

Overall, the multiplayer on the Vita didn’t look anywhere near as exciting as the PC or console versions of the games to me. Really the key to this being at least somewhat fun is the controls, but we couldn’t get any hands-on unfortunately. If anything, I’m way more interested in seeing more of the single-player as that will be the real draw to me. I like the idea of bit sized gameplay on the go.