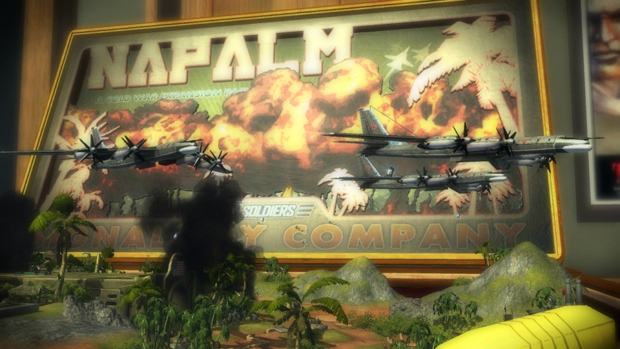 Microsoft’s Games with Gold promotion is becoming a parody of itself. In February, Xbox Live Gold subscribers are once again getting two free titles, one that is the first installment of a popular franchise, and another that’s an enjoyable but perhaps under-appreciated Xbox Live Arcade title. Those are Dead Island and Toy Soldiers: Cold War, respectively.

As ever, the first free game — in this case, Dead Island — will become free for Gold members on the first of the month. So, tomorrow. You’ll then have until February 16 to download it at which point game number two, Cold War, goes free for the rest of the month.

You really should make a note to download that second one, though — you get to shoot at tanks as an offbrand Rambo toy. It’s pretty special. I also much preferred its setting over the first Toy Soldiers, so if you resisted it for similar reasons, consider getting the sequel.