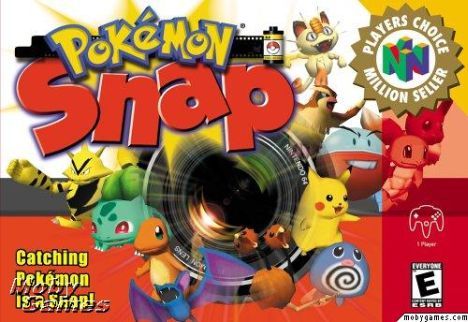 Before you (A) start laughing at the childishness of this week’s forgotten game or (B) complain that you haven’t forgotten this game at all, stop to consider: did you truly appreciate Pokemon Snap when it came out? Did you understand how weirdly it encapsulated the Pokemon fever of the times?How original the gameplay was?

If you did, feel free to move on to the next article.

But if you didn’t — and it’s very, very likely that you didn’t — hit the jump for the lowdown on a truly unappreciated game. 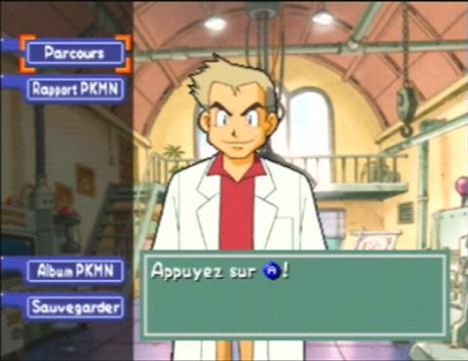 Ignore the Frenchspeak in the above photo. I couldn’t find a sufficiently sized English screenshot.

You play Todd Snap, a photographer who is summoned to an Pokemon Island by Professor Oak (remember him?). Once there, Oak tells you the island is inhabited by dozens of different Pokemon species, all living in relative equilibrium without human contact. Oak needs a photographic catalogue comprised of every species on the island (63 total), and he sends you out in an impenetrable, motorized buggy to get snapshots of the island’s creatures.

What’s really cool about the story is that it perfectly worked given the context of America’s Pokemon fever. The US was just being introduced to the Japanese sensation, and it spread like wildfire — it was downright impossible to be a preteen in the mid-90’s and not know about the 150 different kinds of Pocket Monsters you could capture and trade with your friends.

The games, cards, and TV show were understandably marketed toward children, because it’s a hell of a lot easier to get lost in a franchise when you’re young. Since the Pokemon franchise was technically from Japan, and since the video games and the TV show and the cards did such an incredible job of shaping this fictional, Pokemon-inhabited universe, it really wasn’t that hard to believe that — somewhere, somehow — Pokemon could really exist. Maybe on some small Japanese island.

For that reason, Pokemon Snap‘s storyline is perfectly suited to its time period: kids wanted to see Pokemon up close in their natural environment, and that’s what the game did. In many ways, the game was almost like a Pokemon safari: you’d get home from school, watch the TV show, and then take a two hour vacation on Pokemon island. Regardless of how you feel about the franchise now, you have to admit that the Pokemon universe is one of the most well-developed fictional worlds ever created for mainstream audiences. 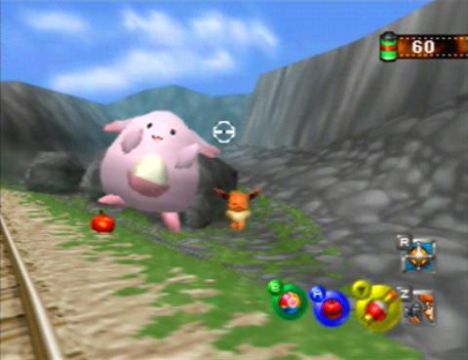 Pokemon Snap is basically an augmented on-rails shooter. The Zero-One, your buggy, moves along a predetermined path at a predetermined speed, and it’s up to you to take as many interesting snapshots as you can with the time you’re given.

Of course, the entire game isn’t that simple. Most Pokemon are either shy or hiding, which forces you to use one of three tools given to you by Professor Oak: the apple (which lures Pokemon closer to the Zero-One so you can take a bigger picture), the pester ball (which scares Pokemon out of their hiding places), and the flute (which makes a Pokemon either dance, or attack. I’m not really too clear on exactly what it does.).

Of course, you don’t get any of these tools until you’ve accumulated a certain amount of points. This requires you to take really good pictures if you want to progress through the game. And how is the quality of your picture determined? By a surprisingly accurate judgment system, that’s how.

Professor Oak rates your pictures based on three factors: size (how much of the frame the Pokemon takes up), pose (what the Pokemon is doing), and accuracy (is the Pokemon in the center of the frame?). With a few exceptions — namely, it’s impossible to get a good “size” rating for shooting a Snorlax, despite the fact that he always takes up at least 75% of the friggin’ frame — the judgment system is accurate and well-implemented.

But this doesn’t just mean you can just sit around and throw pester balls until the Pokemon come running at you: quite frequently, you’re going to have to solve puzzles. They’re very small, very simplistic puzzles, but puzzles nonetheless. And they break up the action quite nicely, giving the otherwise-relaxing game just a hint of suspense and intrigue. Want to move from the tunnel level to the volcano level? You’re gonna have to find out how to make an Electrode detonate itself. Wanna find Oak’s secret lab? Find a way to knock a Mankey off the mountaintop in the valley level. While these puzzles will never be so difficult as to send you running to Gamefaqs, they’re an appreciated addition to the admittedly short levels.

Speaking of levels, the game is by no means perfect. There are only seven levels (including the boss fight), they’re very short, and only half of the original 150 types of Pokemon are included. The nature of the game requires you to replay these levels over and over with your new items in order to photograph every Pokemon type you can, but it still would have been nice to see a half-dozen more levels, and twice as many Pokemon. 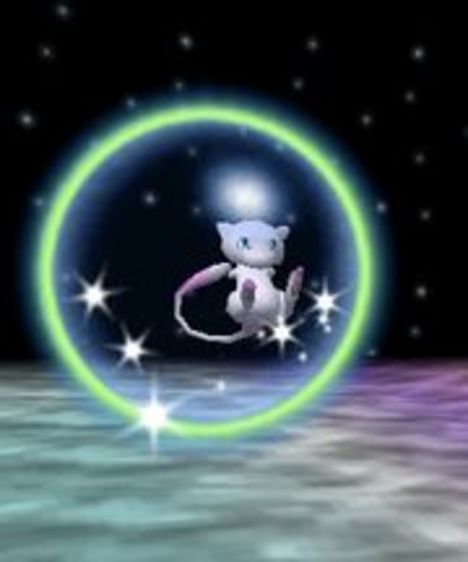 But, at the end of the day, you’ve gotta accept Pokemon Snap for what it is: a fun, clever, original photography game that fits perfectly in the Pokemon universe. Plus, you get a boss fight with Mew. Yes, seriously. A boss fight in a photography game. Who woulda thought? 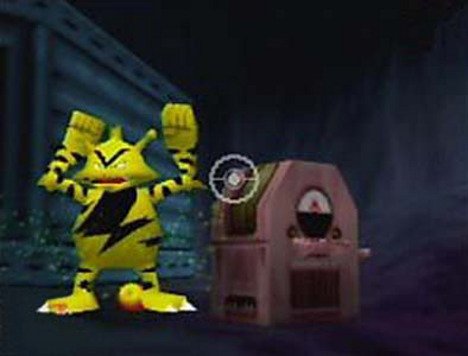 Well, that’s not necessarily true. You probably have played it (notice the obnoxiously large “Million Seller” ribbon on the box art), you just don’t remember how goddamn cool it was. As was the case with last week’s game, most Nintendo 64 titles that weren’t outright amazing tend to get pushed to the back in the collective gamer subconscious.

Not to mention that Pokemon is one of those trends we’ve all sort of moved past. “Pokemon,” we say, our noses held high, “is for little kids.” While this attitude is at least marginally warranted by the childishness of the franchise  — the TV show was pretty much the definition of kid stuff — I think that it’s equally motivated by the fact that it’s still around.

In order for something to become nostalgic and cool, it needs to have been dead for a few years. The Transformers (the new CGI shows don’t count). The Teenage Mutant Ninja Turtles. Pretty much everything from the 80’s. After we’ve gone without something for a few decades, we can fondly reflect on how great life was when it was still around. Remember catching all 150 Pokemon and then trying to get Mew? Yeah, that was fun. Remember catching MissingNo and getting about 200 Master Balls in the process? Oh, good times.

But there are still various versions of Pokemon being marketed to today’s youth, and that is problematic for the elder generation. We can’t admit to enjoying something that kids like as well! That’d be lame! We’ll have to wait twenty years for everyone to get teary-eyed about the first Pokemon they ever caught. Whether that’s a good thing or a bad thing, I dunno.