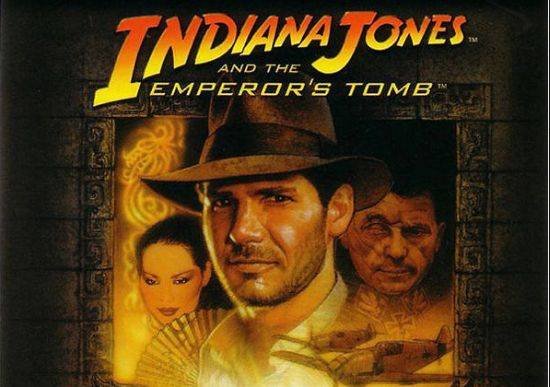 Nearly two months ago, I talked about Indiana Jones’ Greatest Adventures, a way-too-hard SNES title which sought to recreate the feel of all three original Indiana Jones movies. The game was pretty good, but it’s got nothing on Indiana Jones and the Emperor’s Tomb.

Billed as one of Indy’s lost adventures, Emperor’s Tomb was not only surprisingly faithful to the look and feel of the Indy films, but actually pretty damned good for a licensed PS2, Xbox and PC game. Fighting, gunplay, anti-aircraft fire, giant crocodiles, whips and Nazis all made appearances in the most Indy-riffic videogame ever made.

You may have forgotten or ignored it.

Hit the jump to see why you shouldn’t have.

Emperor’s Tomb takes place just before the film Temple of Doom, and follows Dr. Indiana Jones as he scours the globe for Emperor Qin Shi Huangdi’s tomb, and the priceless black pearl which is housed within it. Indy’s not just in this one for the fame and money, however; a shady, evil organization is also hunting for the black pearl, planning to use it for unspeakable evil.

I will give you exactly one guess as to who these shady, evil people are and what political view they represent. Hint: starts with “N.”

At least aesthetically, Emperor’s Tomb has everything an Indy movie oughtta have. Indy’s searching for a cool and unusual-sounding treasure, he’s got a hot babe at his side (Mei Ying, Chinese spy or something), and he uses his whip to solve puzzles and whap the everloving shit out of Nazis.*

Harrison Ford lent his likeness, but not voice to the game; this would almost be a problem were it not for the fact that the dude they did hire does an absolutely fantastic job of impersonating Ford’s deep, cocky voice. Throughout the entire game, the illusion is never broken: you are Indiana Jones, period. A John William-esque score and some cool-looking setpieces further help the Jones-tastic mood.

Yet atmosphere isn’t enough; Greatest Aventures had a lot of atmosphere, but the gameplay was pretty frustrating at times. Emperor’s Tomb, thankfully, does not suffer from the same problems.

Based on the engine for Buffy the Vampire Slayer (a future Forgotten Game nominee), Indiana Jones is mainly about punching and whipping stuff, in that order. The fighting system is intuitive and fun, as the player can whip guns out of baddies’ hands, hit them with a variety of punches, or grab and throw them without having to input terribly difficult button combinations.

The fighting system may not sound terribly impressive when put on paper, but once you’ve seamlessly beaten the living crap out of a half-dozen Nazis at once without a single pause in the action, you’ll realize how damn cool the combat mechanics are. Pretty much anything in the world can be used as a melee weapon and some of the bad guys may have firearms you can steal and use, but ammo is rare to the point where these weapons must be saved for special occasions. The fighting is centered around fisticuffs, not gunplay.

Beyond the pretty frequent ass-whoopings Indy hands out, he’ll do a lot of leaping and exploring — in other words, Emperor’s Tomb has a lot of jumping puzzles. But fear not: the jumping controls are smooth and the game outright tells the player when to use the whip to swing across caverns, or a knife to cut a path in some foliage.

These visual cues really act as a means by which the game holds the player’s hand and guides him through every part of every level, but the platforming still remains decently enjoyable due to the fact that swinging around with Indy’s whip is just plain fun. Jumping puzzles generally suck, yet jumping puzzles which use Indy’s whip are oddly entertaining. Strange.

Beyond that, Emperor’s Tomb has all the strengths and weaknesses which define your typical third-generation third-person action game. The level design occasionally sucks, but the character models are cool. The story is irrelevant, but the way it’s delivered with an Indiana Jones flair makes it more than tolerable. Water is wet, the sky is blue. 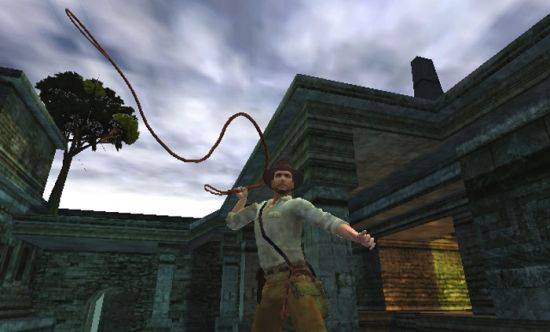 Because it’s not balls-out spectacular. It’s good, and when compared to Greatest Adventures it’s really good, but Emperor’s Tomb is essentially just a straightforward-to-a-fault third-person action game. The fighting is really badass, but I can’t blame anyone who wouldn’t replay an entire Indiana Jones game just for the hand-to-hand combat.

Emperor’s Tomb is 100 points on Goozex, which is a hell of a lot cheaper than you’ll find on eBay. With that in mind, should you get it? If you don’t have anything to play, if you’re a fan of Indy and you want a way to tide yourself over until Kingdom of the Crystal Skull comes out, then I’d say yeah, go for it. Given the atmosphere and the combat, you could certainly do a lot worse where Indy is concerned.

That, or just play Fate of Atlantis again.

*I originally planned on writing this whole article without ever actually using the full word “Nazi,” until I realized sentences like “It’s incredibly fun to punch ‘N-words’ in the mouth before shooting them in the chest” could be taken the wrong way.