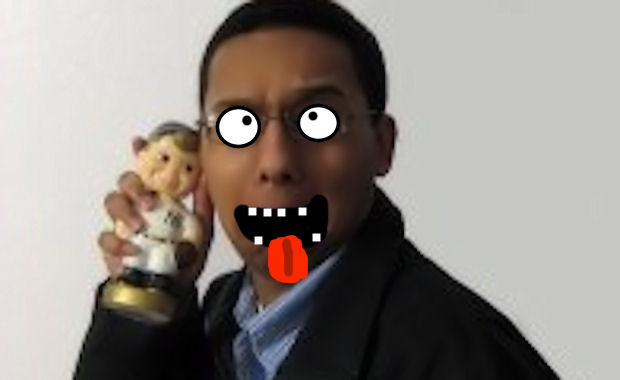 You are all watching the Super Bowl so I literally have no reason to put any effort into this.

Hit the jump whenever you see this. Like, in the morning or whatever.

Ross: Wrapped up the first Mass Effect last night, which is a lot more tolerable on PC. It didn’t help with the fundamental design flaws, but I found the game a lot more playable and even enjoyable, which I didn’t exactly expect since I hated it so much on the 360. With that knocked out, I just started my Mass Effect 2 game with my imported character.

Razak: No More Heroes 2, and that is pretty much it. It’s a blast, but takes a while to get into. Possibly because it’s so much different from the first. More later this week however as Holmes and I dissect every piece of the game into a million more little pieces.

Tolentino: I’ve been playing Modern Warfare 2 on the PS3. Despite my attempting to maintain righteous indignation over Infinity Ward’s bullsh*t, I’m having a lot of fun. I’ve also been playing Star Trek Online, and will be playing a lot more PC games once my shiny new rig materializes.

On the horizon though, there’s finally been a proper surge of JRPGs on the PS3, with White Knight Chronicles, Last RebellionStar Ocean 4, Resonance of Fate and Final Fantasy XIII, and maybe even Ar Tonelico III and Tales of Vesperia. PS3 fanboys have been long overdue for that itch to be scratched.

And loving every minute.

Holmes: Finally finished playing No More Heroes 2, at least for this month. It was getting pretty bad for a while there. Just when I thought I was done with the game, I’d find myself playing it again for hours. Trying to beat bosses and the side-game Tile with Style for better times can get really addicting, and I still can’t beat the last boss in time-attack mode.

Crap, just writing about is making me want to try beating him again. I come so close, then get massacred.

Also played a bunch of games with MadCatz Tatsunoko Vs Capcom fight stick, including Tatsunoko Vs Capcom, Samurai Showdown collection, Blaster Master, Super Smash Bros, Super Metroid, and Final Fight 3. Some worked better than others, but all were fun.

Finally, I just got around to actually buying Bayonetta. I have a love/hate relationship with it thus far.

Aziz: Now that I have GOOD INTERNETS again, I’m playing a lot more. Started from scratch in Modern Warfare 2 and slowly rising in the ranks. Other than that, playing through Dante’s Inferno (it’s cool), played the AvP demo (it sucks!) and Star Fox 64.

Grim: Mostly just Mass Effect 2 with some AvP and Bad Company 2 sprinkled in. I also randomly had the urge to start playing Castlevania: SotN and watch Lethal Weapon Saturday evening. That was one hell of a good night.

Sarkar: Thanks to the unbelievable generosity of the guys at Rebel FM, I am now the proud owner of an Xbox 360 Elite. So I saw Jordan playing Symphony of the Night once I added him to my friends list! I must say, after years of wondering why the hell people would pay $50 a year for Xbox Live when the PlayStation Network is free, I’m beginning to see why they do — after just one night of using the for-pay service. I still like the PS3’s XMB interface because it’s much less cluttered (and because its layout makes more sense to me), but functionally, Xbox Live kicks its ass.

But don’t expect me to “switch sides,” so to speak — there are plenty of things about the 360 that I still think are dumb. For one, it doesn’t include Wi-Fi out of the box (unlike my PS3), and since I’m unable to used a wired connection, I have to use Windows’ internet connection sharing on my laptop in order to get my 360 on Live. It’s a workable solution, but it’s certainly not ideal (especially until I buy a longer Ethernet cable so I don’t have to move my laptop from my desk to a place close to my TV).

Anyway, my 360 came bundled with Pure and LEGO Batman, but instead of jumping into either of them, I downloaded the Battlefield: Bad Company 2 multiplayer demo and started it up. It continues to be awesome, and now I have a serious decision to make: Do I buy BFBC2 on PS3 and enjoy free online multiplayer gaming, or do I get it on the 360, which essentially forces me to continue my Xbox Live Gold subscription but likely will provide a better experience?

Finally, I spent the earlier part of the week playing through God of War II on Hard (“God” difficulty). It’s amazing how quickly that game goes from “holy crap, this is one of the best boss battles I’ve ever seen” (Lakhesis/Atropos) to “fuck this game, this shit’s unfair” (right after that battle is the long ramp down to Clotho, where you have to fight 7 waves of enemies with no checkpoints). UGH.

I’ve been playing Bayonetta which desperately needs a “skip all of these dumb cut scenes automatically” feature; pressing start and skipping the game’s stupid cinematics is getting old. Otherwise, the game is fun with a solid combo system, even though why I’m doing what I’m doing is completely nonsensical.

I tried the Aliens. vs. Predator demo on the Xbox 360, and… I have nothing to say about it at this time. Purchase the Freedom Force pack on Steam, and I hope to get to that this week. Oh, and I plan on getting the “other ending” on a retail copy of BioShock 2, after finishing the game about two weeks ago. Review goes live tomorrow, and Jim’s writing it… wonder what he thinks…

Holmes: I wish Bayonetta at least had a “mute the terrible Joe Pesci impersonator” button. That guy is awful.

Chester: As are the rest of the characters, including Bayonetta, if you ask me.

Concelmo: “There are two things I hate in this world: cockroaches and crying babies” -Bayonetta

Chester: Said right before she blows a kiss, sucks on a lollipop, and shakes her hips.

Nicholson: Is she single?

Sterling: Completed BioShock 2 for our review. That will hit tomorrow morning, so make sure you’re up bright and early to read it! Also been playing a shitload of the Aliens vs. Predator demo. Nick says it sucks because the Marine can’t get a kill. I, however, have been winning countless matches as the Marine. And the Alien. And the Predator, for that matter. I am the master of all things!