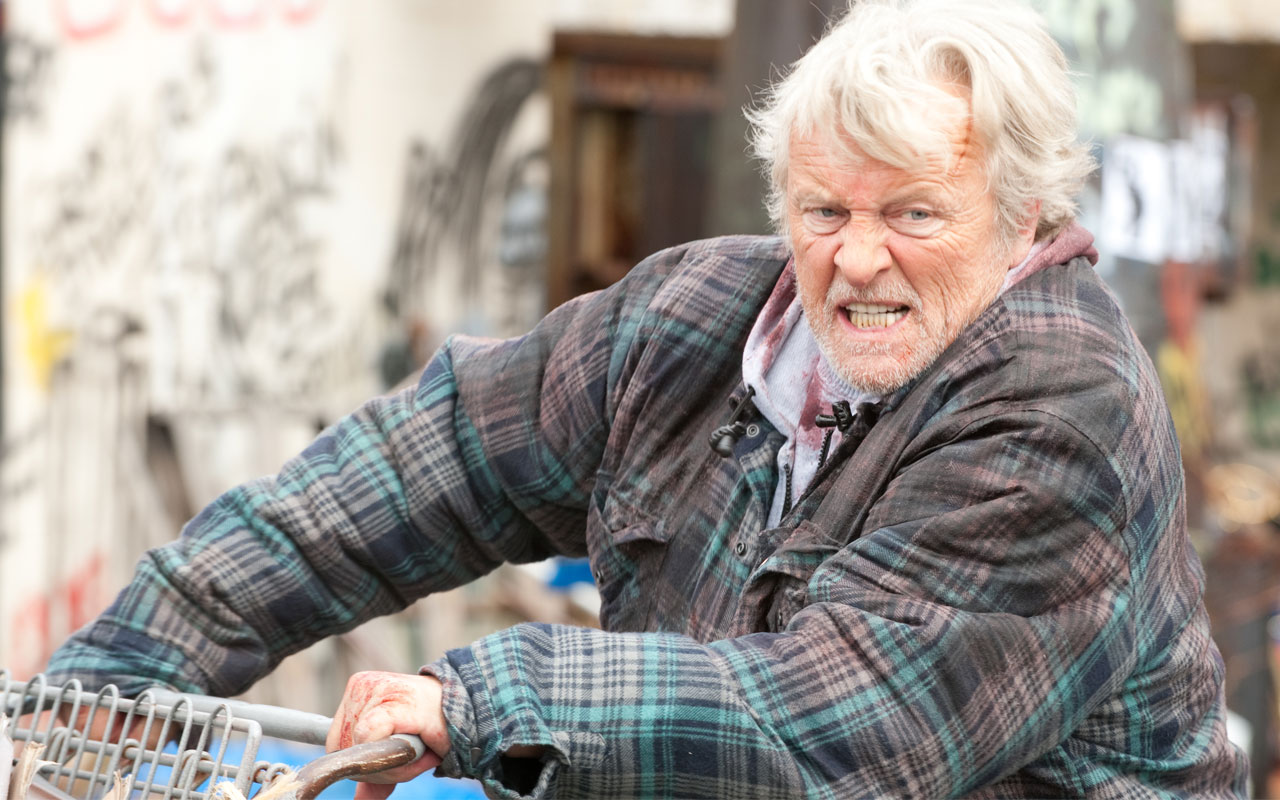 [I was still in my twenties the first time I read this blog. At exactly two months into my thirties, this feels more relevant than ever.  In the newest entry for our Who Let The Blogs Out initiative, where we promote older blogs that may have been overlooked the first time around, SpielerDad gives us a good, stern talking to about some of the aging characters in video games. – Kevin]

Getting older is not as bad as people make it out to be. Take it from me, as someone who has been on this merry-go-round called earth over thirty-six times. Complaining about it is so cliché anyway.

Sure, my muscles ache a bit more than they used to, and my peaches hang down a little lower, and my beard has a touch of grey here and there, but you learn to deal. Perhaps the worst part was the thinning of my long beautiful mane of hair, but I just started shaving all that shit off. Now I’m a sexy bald man, like the late, great Telly Savalas.

I’m also wiser now.  I know stuff just because I have been alive longer than other people. Want proof? Read my 100 Blog Post Fapstravaganza AMA and be enlightened.

This was brought to my attention awhile back in a promo from Sony for Uncharted 4, where Nathan Drake is no longer a spring chicken destroying future UNESCO World Heritage Sites, but rather a 30-something who destroys future UNESCO World Heritage Sites. In the video, which I embedded below, there is some interesting commentary from the game’s makers on how they grew up designing Nathan Drake and, in turn, Nathan has grown up with them.

However, game protagonists have been skewing older for some time now. I first noticed this awhile back when playing Max Payne 3. When I think of Max Payne, I used to picture a young man with a perpetual “who farted face” with questionable style choices.

Boy was I surprised when I first started up Max Payne 3 to see a man that looks surprisingly similar to me, with a shaved head and beard. It’s eerie, like looking into a mirror.

However, I would never be caught dead in a Hawaiian print shirt. It’s obvious that Max Payne still suffers from questionable style choices.

Then, towards the end of the last generation of consoles, the amazing and, in my opinion, groundbreaking The Last of Us was released, featuring a protagonist that’s touched with a bit of grey, just like yours truly.

Joel is a little worse for the wear, and has a greying beard, which I can relate to. But, look at that thick head of hair he has. FUCK YOU JOEL! Why do you still have so much hair? What is your secret? I HOPE ALL THAT BEAUTIFUL HAIR FALLS OUT AND YOU BECOME A BALDIE LIKE ME!

Getting back on track — I especially liked Joel because he’s a father figure and, as a dad myself, I empathized with his struggle in this game and can understand the reasons for the actions he takes. That’s a powerful thing for me, and it’s one of the reasons why I enjoyed and remember this game so fondly.

On a side note, The Last of Us was developed by Naughty Dog, the same folks behind the Uncharted series, so they are apparently attempting to corner the market on games featuring older, aching, grey haired, male main characters.

Grand Theft Auto 5 also has its fair share of more experienced leads. Matter of fact, two out of three of the main characters can be considered old farts. Trevor Phillips reminds me of that crazy uncle that every family has and tolerates during extremely awkward conversations around the dinner table during the holidays.

Michael De Santa (nee Townley) is a well-to-do man who’s married to an attractive woman, that may be porking her tennis instructor, and a father to two pain-in-the-ass kids. It’s obvious that he’s undergoing some sort of midlife crisis, and going back into a life of crime is both a necessity in order to pay off debts, an outlet for his internalized rage, and a longing for his younger days full of excitement.

According to some armchair hack psychotherapist on Wikipedia, individuals experiencing a midlife crisis may feel:

Speaking of people having a midlife crisis, I think it’s pretty safe to say that Bruce Wayne/Batman can be diagnosed with this condition.

It seems that for the past few Batman movies and games, the story has centered around how Wayne/Batman is getting old, and his decrepit body can no longer hold up to the stresses of being a winged, vigilante detective face-puncher.

Also, let us not forget that in Arkham Knight, Batman was rolling around in his fancy new Batmobile. This is important, because everyone knows buying a fancy car is the first thing a man does when he’s suffering from a midlife crisis.

It’s getting obvious that this is not a coincidence that game characters are getting older. Another recent example is Big Boss from Metal Gear Solid 5: The Phantom Pain.

If memory serves, Big Boss was the main character in Metal Gear Solid 3: Snake Eater, where he’s a relatively young man. The Phantom Pain takes place in 1984, approximately twenty years after the events of Snake Eater takes place, so of course Big Boss is older, wiser, greyer, and worse for the wear.

He still has a thick head of hair, so I hate him. No way he still has all that hair after years of stress. I say it’s hair plugs or a really good toupée. Look at the technology that he has at his disposal. They are probably light years ahead of everyone in toupée technology.

And yes, I do realize that Big Boss is an integral character in many Metal Gear games, but in this case, I’m referring to playable old Big Boss.

When I first started writing this blog, my plan was to stop at Big Boss, but recent developments have required me to make one more addition. Thanks to Sony, we are in store for a new God of War game, where an older, grumpier, and bearded Kratos battles Norse gods.

This time, Kratos will be accompanied by his young son, and if the E3 gameplay trailer is any indication, Kratos is the type of dad who yells at his son during Little League baseball games. I imagine he’s like that dick dad from the original Bad News Bears.

So, as you can see, this trend of older lead characters in games is going to continue, and I think that’s brilliant. Sorry young whippersnappers, but the people who make games are getting older, along with the people who play games. We like playing as old people, and it’s only going to get worse. Soon, Batman will be in his Batmobile doing 25 mph in the fast lane with his left turn signal on, Kratos will sit on his porch yelling at Norse monsters to get off of his lawn, and Nathan and Elena Drake will settle in a nice condo in Boca Raton, Florida. I can’t wait.