Please, try not to scream

HBO has been running its mouth all week about how big its Game of Thrones season 7 premiere was. How big? Well, I’ll have to show you? *Unzips notes* 16.1 million viewers watched the premiere, night of, through live outlets and recorded options. They “smashed” records, and they’re not even the Incredible Hulk.

And not unsurprisingly, there’s also record-breaking piracy going along with that, including airings of the show in India, online, before the official Indian airtime. We, lucky us, get it first here in the U.S. And, in a surprising reversal of posturing from just several years past, HBO is promising to get tough on those illegally distributing their property. In 2014 HBO (and Time Warner) CEO Jeff Bewkes said, “If you go around the world, I think you’re right, Game of Thrones is the most pirated show in the world. Well, you know, that’s better than an Emmy.” He added that piracy of the program ultimately leads to more subscription to their service, and they know this because they’ve been dealing with the issue for 20 or 30 years. Apparently their ‘sub’ numbers are down, because even if they’re not actually pursuing legal actions, they’re threatening it. The old ‘sure, steal our shit it’ll just make us more money’ line isn’t holding water any more.

So, what about the re-cap Rick? I’m getting to it, my chums. What with HBO seeming to care about people seeing the show for free, even though it’s arguably more popular than it’s ever been and their numbers should be better than ever, they’re still winding the series down towards a now inevitable conclusion. In fact, we’ve got 11 episodes left. That’s right, treasure each and every one, and each and every minute. And with that perspective in mind, allow me to call this episode for what it was: horse shit.

[Editor’s Note: This recap will obviously go into detail about last night’s episode of Game of Thrones, so there are going to be a ton of spoilers. Final warning! ~ Nick, copied and pasted by Rick]

There is a hell of a lot posturing going on right now, and I suppose that’s OK — it’s necessary to allow all the many, many plot lines to play out. And believe it or not, they’re inexorably condensing down towards some final (dramatic?) conclusions. Much of Stormborn deals with the amassing factions and their plans to deal with one another: 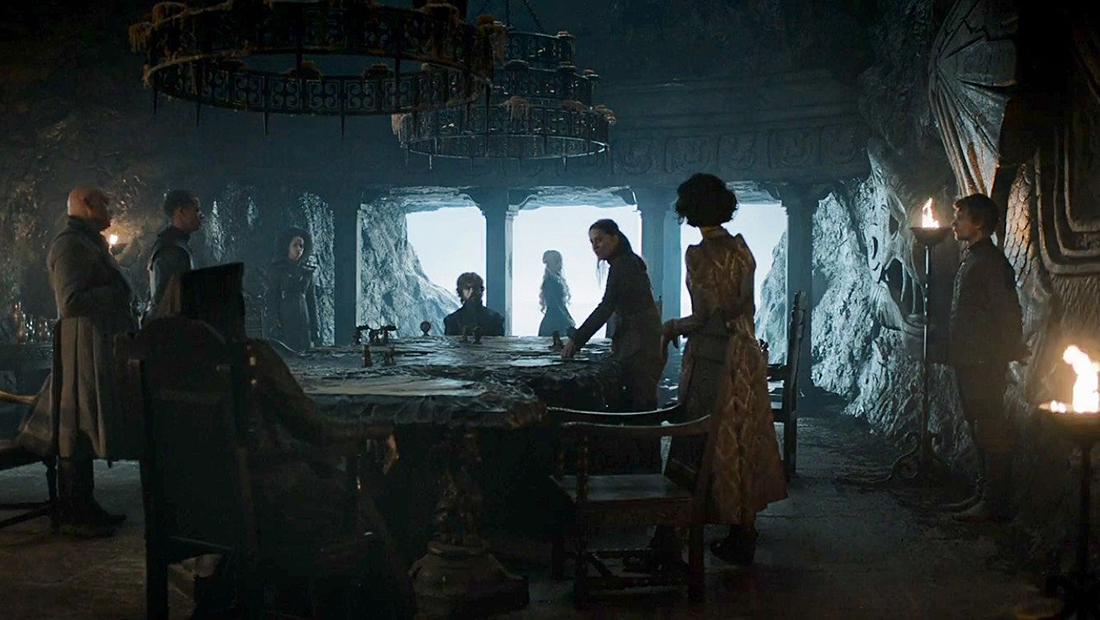 Those are the three arenas remaining to us. It’s true, Arya’s still out there as a roving free-agent, as are the Hound, and Sam, and a few other loose storylines, but for the big intrigues, most of the plot lines have trickled down to these three factions warring against each other, or for the realm, in Jon’s case. Much of the episode deals with the leaders of these factions posturing to their would be supplicants to gain their loyalty, inspire them by fear into loyalty, or their various machinations in attempting to discern the best path forward.

If this is reading dryly and seems boring, it’s because it was, at times. Yes, the episode ends with a bang, thanks to the seven, but it was nearly too little too late and this one you could see coming. When one leader of the world’s finest fleet of ocean vessels tells Cersei he’s off to bring her presents and then you find a second fleet of ocean vessels sailing to Dorn with Yara and Ellaria about to fuck in front of Theon — this guy cannot catch a break can he? At least the last time this happened to him one of the girls wasn’t his sister and he still had a dick (if only momentarily) — you know shit’s about to go down, and down it does.

What really burned me though, rather than the political posturing, which had plenty of interesting tidbits which we’ll cover at the end, was the ridiculous Greyworm / Missandei sex scene. It’s nice that HBO decided to give Greyworm a chance with the ladies, you know, since he has no penis, but as I’ve pointed out, we have very few minutes remaining for plots to develop fully enough to conclude this tale, and I feel none of them warrant being spent of Missandei fulfilling the audience’s curiosity of ‘how will this work when he has no dick?’ Oh, it’s because he’s a master of going down on her! Of course. Well, I never would have guessed that. Good thing we just spent 10 minutes of the episode satiating curiosity. Not precious minutes. Not at all. 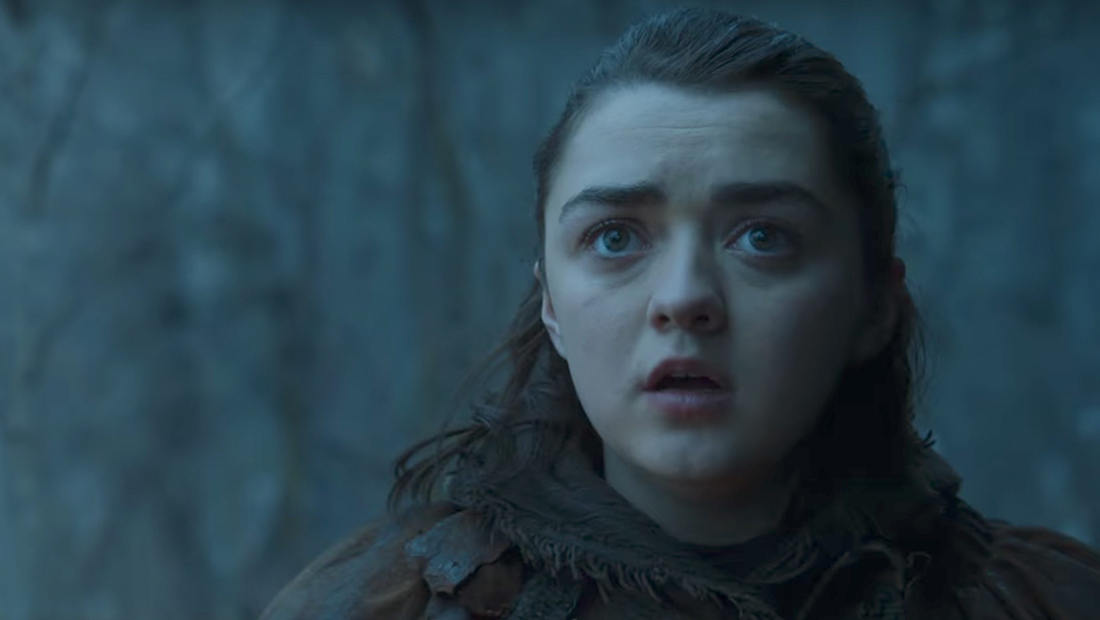 Now contrast that with the time spent on Arya’s reunion with Nimeria, her dire wolf, and we’ve got a serious problem. As I’m sure other readers of the books hoped, Nimeria was indeed with a wolf pack; maybe not a pack of hundreds, but a pack all the same. What was less fortunate was the she opts not to stage a Maury-worthy getting back together with Arya, and instead turns tail and runs. This scene was maybe two minutes. Priorities need to be shifted. Less unsullied eunuch sex and more killer wolf pack attacks and eats Cersei please.