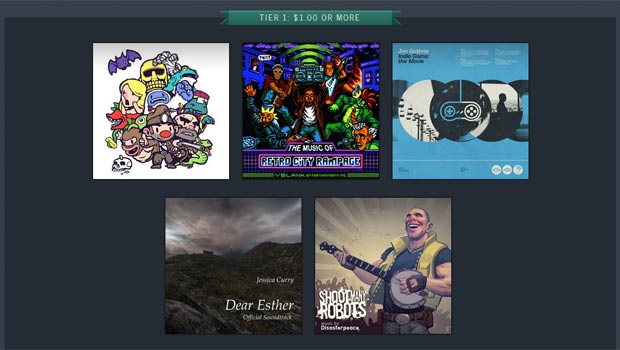 Okay, so you should know the format by now. Five soundtracks for $1 and an additional seven (plus more to be unlocked as sales increase) for $10. This round offers a number of high-profile soundtracks that we’ve written about recently, including Retro City Rampage, Spelunky, and Disasterpeace’s Shoot Many Robots.

The $10 tier includes some that I’m particularly interested, including Hotline Miami and the Pokemon-centric Kanto Symphony album. There’s also this strange Skyrim main theme parody track that I’d been wondering about since it popped up on VGMdb.

Top contributors (you can donate more than $10) get additional prizes including Retro City Rampage and Indie Game: The Movie on vinyl as well as copies of The Legend of Zelda: Twilight Symphony.

Have at it! Only six days remain, and even if you only jump in at the $1, it’s quite a steal.