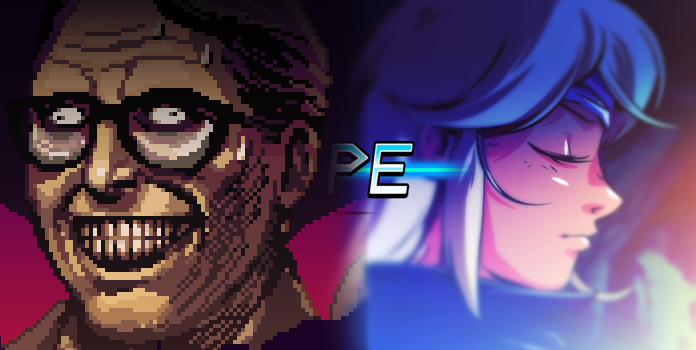 What a wacky coincidence! A few weeks back, we had Brandon Sheffield on the Sup Holmes. Brandon is the creator of Oh, Deer!,  a game that’s heavily influenced by the classic racing games of Yu Suzuki. A week before that, we welcomed Aurelien Regard to the show, who’s game The Next Penelope is heavily influenced by classic racing games like F-Zero and Rock ‘n Roll Racing. Both men are also extremely passionate about classic game consoles, with Brandon’s focus weighing more on the TurboGrafx-16, and Aurelien’s passion swaying more towards the Neo Geo. That small difference aside, it’s clear that these two fellas would have a lot to talk about should they ever meet in real life.

On Brandon’s episode, we got to talking about the prospect of Shenmue 3, which had not been announced at the time of our recording. Brandon has met Yu Suzuki a few times though, which gave him something of an advantage in guessing what E3 had in store for the series. Still, even with that edge, it’s a little spooky how spot on some of our guesses were regarding Suzuki-sans plans for his long dormant franchise. As for Aurelien, we didn’t end up saying much about Shenmue, but there was some surprise Pocky and Rocky talk(y) that I definitely didn’t see coming. Maybe they should kick start that one next.

Thanks again to Brandon and Aurelien for hanging out with this, and be sure to tune in to the show today at 4pm EST when we welcome Dtoid community legend and creator of the first game on Kickstarter Ben Shostak to the program.