U.K. retailer GAME has removed a tweet that referenced Hurricane Irma, currently causing horrendous destruction in Florida, after it was deemed “inappropriate.”

The tweet, posted Monday, spoke of the chaos being caused by the Category 4 storm, before consoling UK citizens on the other side of the Atlantic with news that they could “brighten up their day” with “crazy good tech deals.”

“The tweet was inappropriate and we’ve now taken it down,” said a spokesperson for the retail chain. “We have sympathy with those affected by Hurricane Irma.”

I’m not trying to whip up rabble-rousing here, I just find the idea of segueing a catastrophic disaster on another continent into your local store’s cheap, pre-owned phone deals a very odd train of thought. It’s also worth noting the tweet referred to the disaster as “hurricaneImra.”

Hurricane Irma, which was recently downgraded to a “Post-Tropical Cyclone”, has left absolute devastation in its wake, costing lives, flooding neighbourhoods, destroying homes and vehicles and leaving millions of citizens without power. 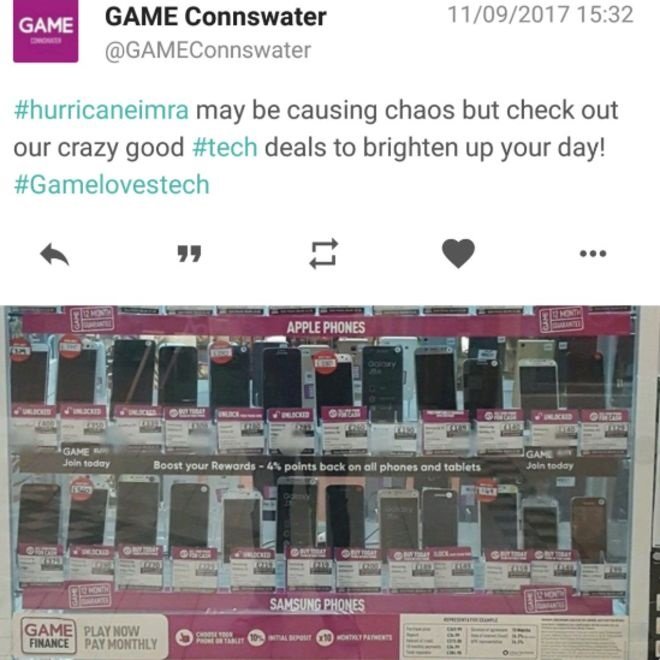