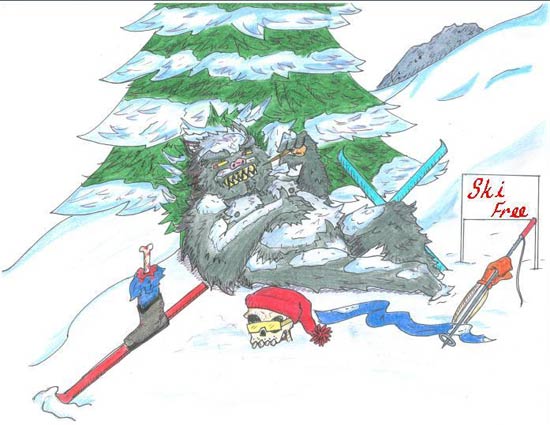 Last week‘s debate was a simple showdown that took us back a digital decade to a pair of old games that helped get us all addicted to computer gaming. It was an uphill battle for the Rodent’s Renvge cat and mouse strategy game, which sadly only led straight to the Abominable Snowman. In the end, SkiFree‘s landslide verdict resulted in an avalanche sized Windows win. Here are the results:

This week we remain in the past, and debate over two series whose genre is the same, but gameplay style is similar at best. Do you prefer the fast and focused racing that the Gran Turismo series had to offer in the past? Or were you busy studying for your driver’s license by bombing and bashing other demolition drivers in the Twisted Metal series?

Which do you think is the better series, and why? Give us a reason for your decision, get some friends to give their opinions as well, and check back next week for the winner.

[Thanks to MrJunko for the awesome art you see above.]