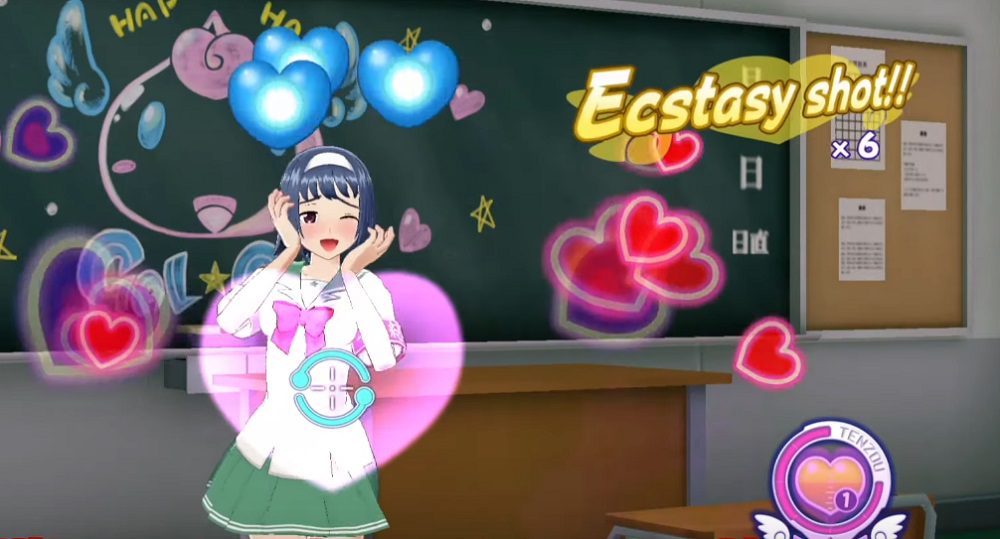 Developer Inti Creates has announced that it is cancelling the Xbox One port of its upcoming remaster Gal Gun Returns, despite development having reached completion on the Microsoft platform.

In a statement posted to Twitter yesterday, Inti Creates said that while Gal Gun Returns has a fully finished master ROM ready for review, ongoing discussions with Microsoft have led to the decision to cancel the Xbox port altogether, citing that the developer could no longer “ensure consistency of experience” across all platforms. Hmm…

Gal Gun Returns is a remaster of the notorious 2011 rail shooter Gal Gun, which sees the player step into the role of a male student – armed with a barrage of “Pheromone Arrows” – on a quest to hook up with the gal of their dreams. To achieve this end, the protagonist must fend off the obsessive desire of an entire school full of girls, bringing them to a state of “euphoria” with well-placed “Ecstasy Shots”.

While Inti Creates remains (slightly) obscure with its comments, it’s not hard at all to read between the lines of what has happened here – especially considering that the original Xbox 360 version of Gal Gun was issued a Microsoft-decreed patch to restrict camera controls.

As far as Inti Creates is concerned, Gal Gun Returns is still scheduled for launch in the west, February 12, on PC and Nintendo Switch. Pre-order customers will bag a limited edition “Smells Like a Girl” bookmark. Lordy.