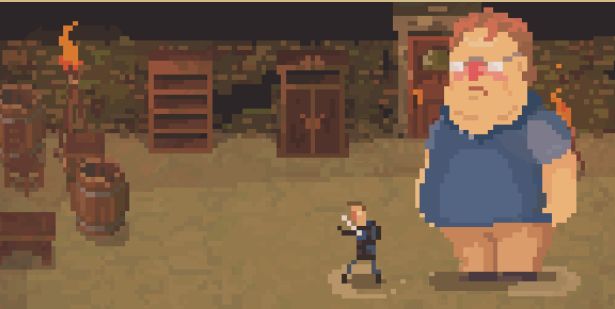 Newell is an ultra powerful boss

News revealed on April Fools is always difficult to know how to treat. Do you waste time verifying it? Do you assume everything’s a hoax regardless of proof? Do you just wait it out and see if the news still has updates in the coming weeks? In the case of Crawl‘s new secret boss character we waited and things are now looking a lot more clear.

Initially unveiled on April Fools as a GIF and recently confirmed to be real, Valve head honcho Gabe Newell is being added to Crawl. A local multiplayer dungeon crawler where one player controls the hero and others control traps and monsters, Crawl will soon allow you to fight a super powered man with a beard and lots of money.

Oh, and our very own Jed Whitaker is also in the game. Just name yourself JED and you can play as the bearded wonder himself.

@Powerhoof short sweet email from Valve today giving the go ahead for this silly thing 🙂 turns out Valve are cool- who knew?

While Newell was initially added to the game without developer Powerhoof getting his permission, Powerhoof has since reached out to Valve which gave its blessing for his inclusion.