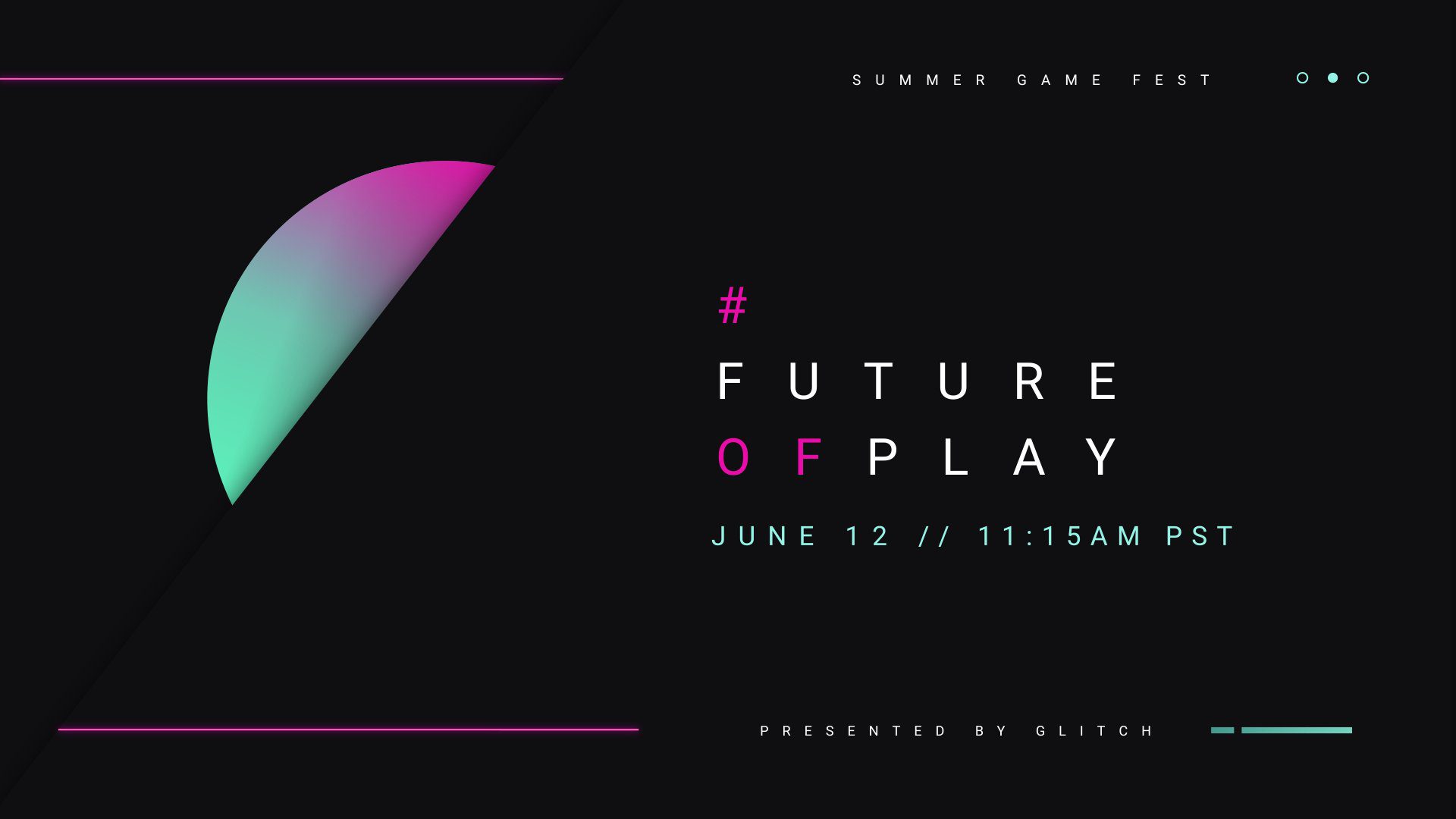 Hopefully with some lo-fi AMVs

The weekend is already looking pretty packed with showcases and digital events, and one more is set to take the stage. Glitch, a creator-led movement, has announced the Future Of Play Direct, a show that puts a “new spin” on indie showcases.

The Future Of Play Direct will air at 11:15 a.m. PT on June 12, as part of Summer Game Fest. You can find more info and a Discord link on Glitch’s social media.

The future is here.#FutureOfPlay Direct is a new spin on indie showcases, inspired by 90's anime & the quintessential hype machine Toonami! New trailers and fresh updates from across the galaxy featuring 20+ titles.

Debuting at #SummerGameFest on Sat, June 12th at 11:15 am PT! pic.twitter.com/TsHUpAjVTT

The showcase will be inspired by ’90s anime and “quintessential hype machine Toonami,” featuring trailers and updates on over 20 games. Participating studios include Among Us dev Innersloth, as well as Future Club, Team Reptile, Perfect Garbage, and more.

I’m already into the idea of a Toonami-inspired showcase, and I’m crossing my fingers for some chill AMVs to showcase the games. The Future of Play is threading the needle a bit; at 11:15 a.m. PT, it’s right in-between the Wholesome Direct and Ubisoft Forward. But with some rad games and aesthetics, it might be a nice surprise in a weekend packed full of news.

We’ll see what Glitch and the Future of Play have in store on Saturday. Check out the full schedule of upcoming E3 events over here.