Everyone’s saying it but Ubisoft: Assassin’s Creed: Origins exists. We were confident when the first leak came back in early 2016. It seemed even more likely when we got further details last month. There was also this screenshot that surfaced. An ugly t-shirt even showed up.

The point is that, yes, Assassin’s Creed: Origins is real and will almost certainly be officially revealed at Ubisoft’s E3 press conference on Monday June 12. The latest indication is this shiny pre-order card from Target. Retailer leaks are usually pretty reliable.

Anyway, yeah, new Assassin’s Creed is definitely incoming. But you already knew that. 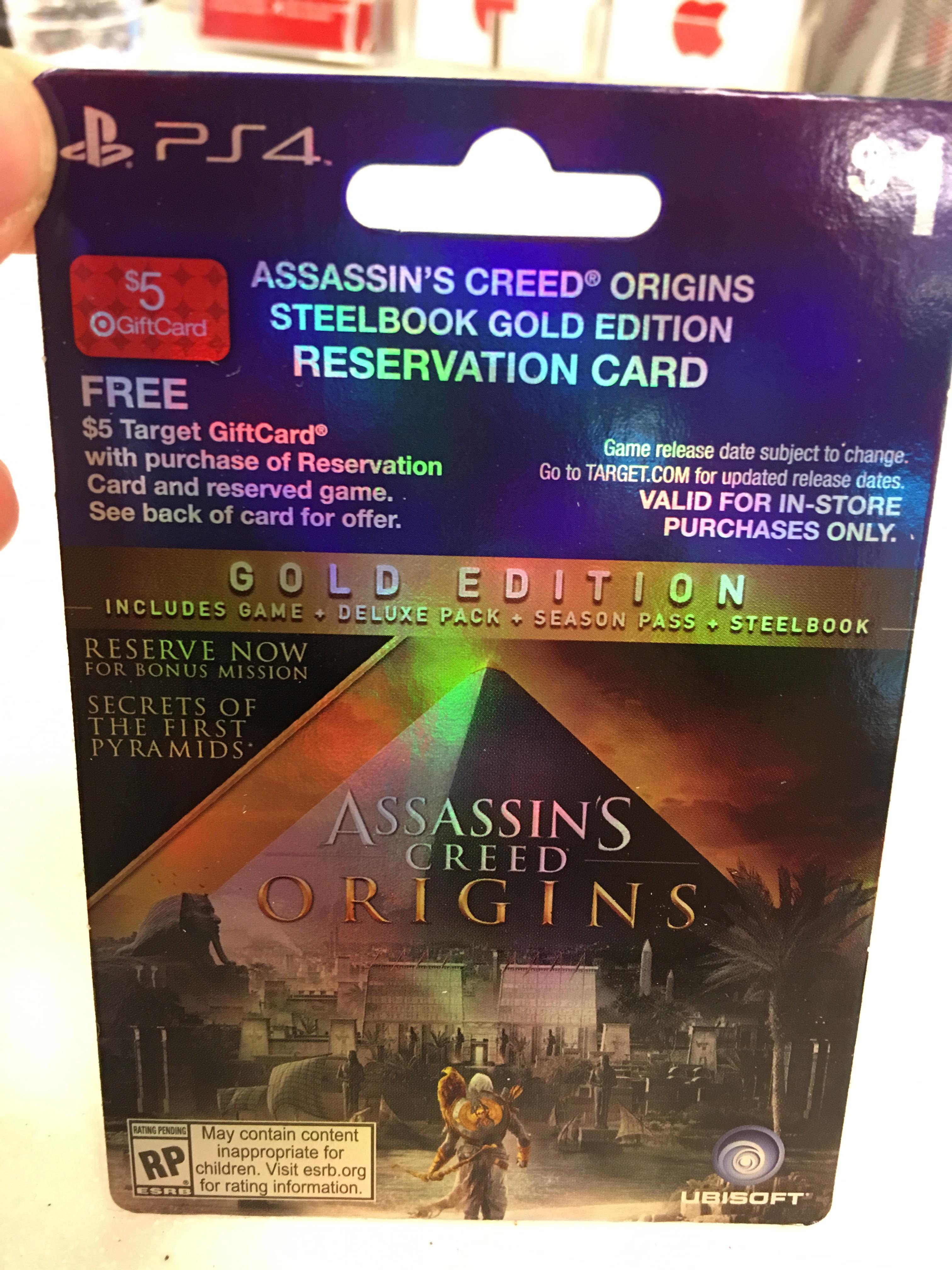