A collection of mildly interesting stories, pictures, and video

I wanted to try out the sniper rifle. Because of Hitman‘s one-big-mission episodic release and associated experience system, it wasn’t unlocked as a drop you can have pre-placed in the map until a few successful assassination attempts. There’s a pre-outlined “challenge” in the game to take out both targets with a sniper within ten seconds of one another (and some other nested challenges I hadn’t done, like get an assassination by way of headshot). And I wanted to try out the sniper.

So I snuck my way into the second floor rafters above the Paris fashion show, nicked the fireworks display remote, picked up the sniper in a garden shed outside the palace, crow barred open a door to get onto the riverside, and climbed a tall cherry-picker type industrial crane thing.

While scaling the ladder with a large sniper rifle on my back I thought about Leon: The Professional, how snipers are for amateurs, how my previous feats of slipping into the washroom with targets, drowning them in the toilet, and stuffing them into the closets was a lot more “professional,” and how sniping was both less professional and less amusing than setting up a Rube Goldberg death trap.

It was the one moment where Hitman didn’t feel like a dope slapstick murder comedy, but a bit more grass knoll-ish, just with the isolated tranquility (compared to elbow rubbing in the dense party). Or at least, you know, “There’s Homer Simpson [bang]. There’s Homer [bang]. That’s Homer [bang].” Anyways I triggered the fireworks display prematurely, got both targets to head to their separate balconies out of curiosity, and sniped ’em both. Still neat. Hitman is fun.

I thought the visual of crawling out of the box gun drawn was amusing, doubly so for being able to see Agent 47 in the mirror, and the Lieutenant Colonel’s seeming disinterest at the man emerging behind with a gun. So peaceful! And funny.

The whole crux of this post is, “I don’t know, I thought it was funny.” Please don’t be expected to be led anywhere interesting or entertained. If you want that, go read about our staff sticking whole soda cans in our mouths.

Here’s an asshole with a sports car parking across handicapped space (while arguing with event staff). 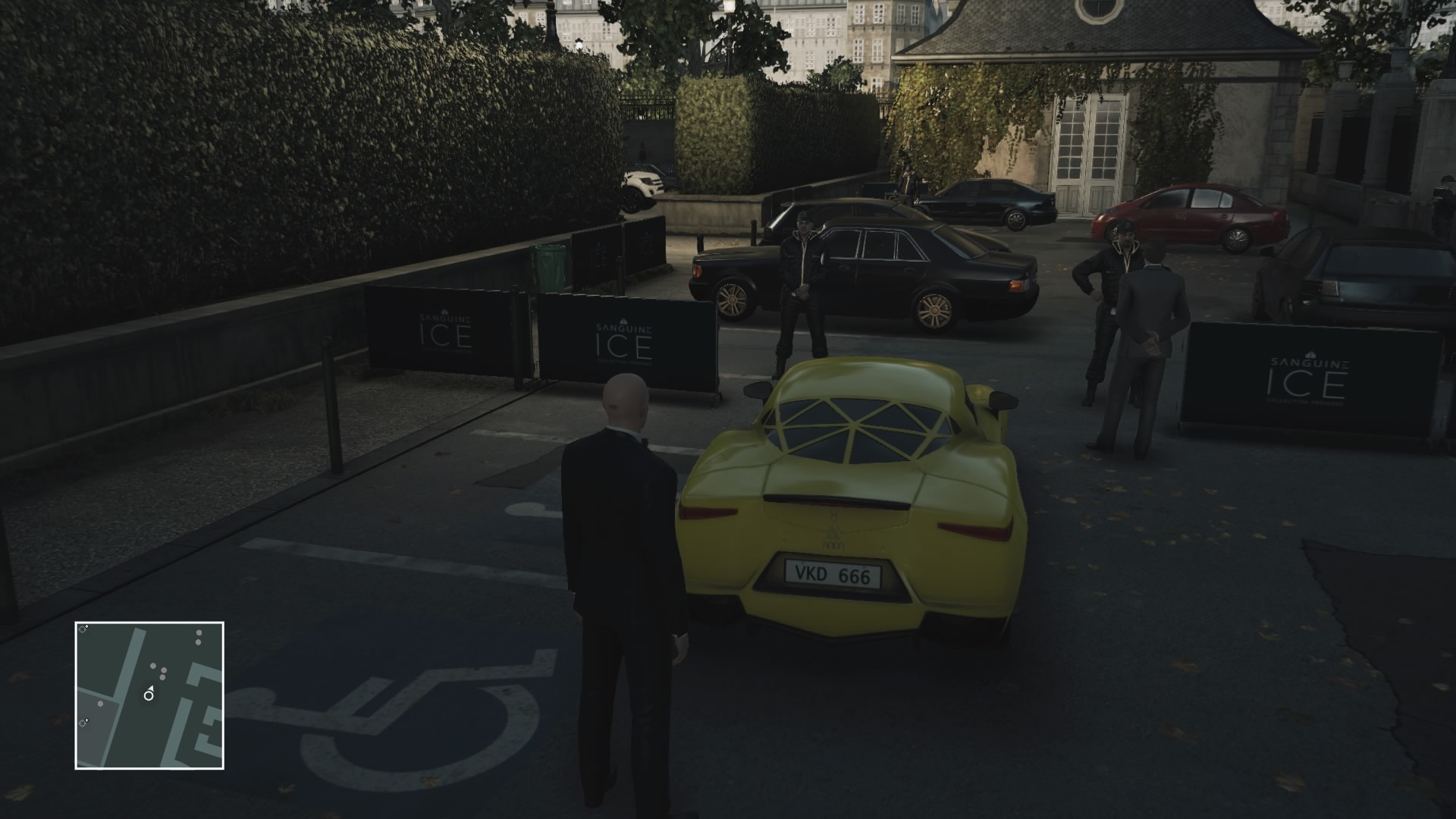 These bozos are watching a blank TV (this mission is a recreation from the prologue and they’re essentially actors — still funny!) 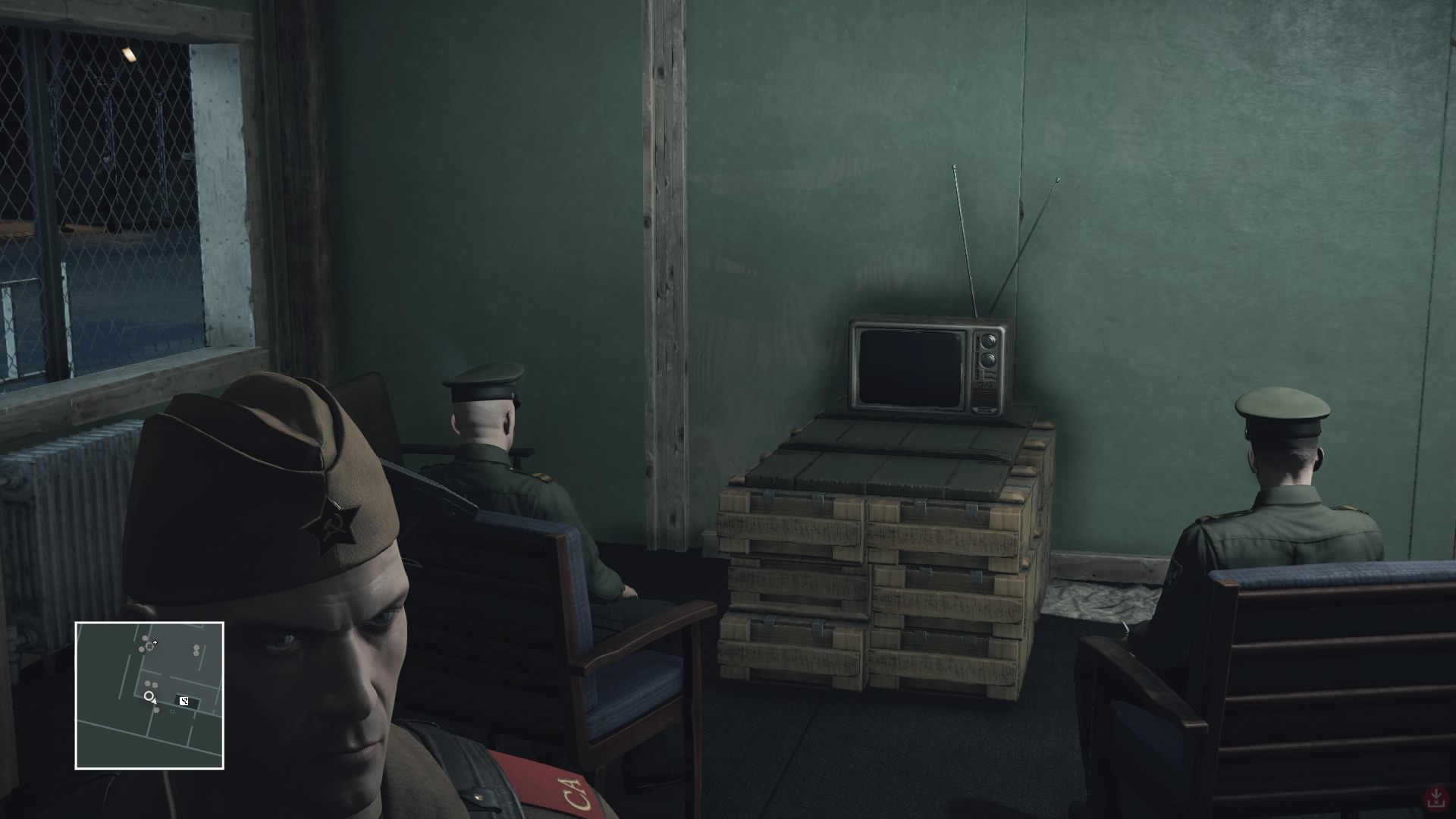 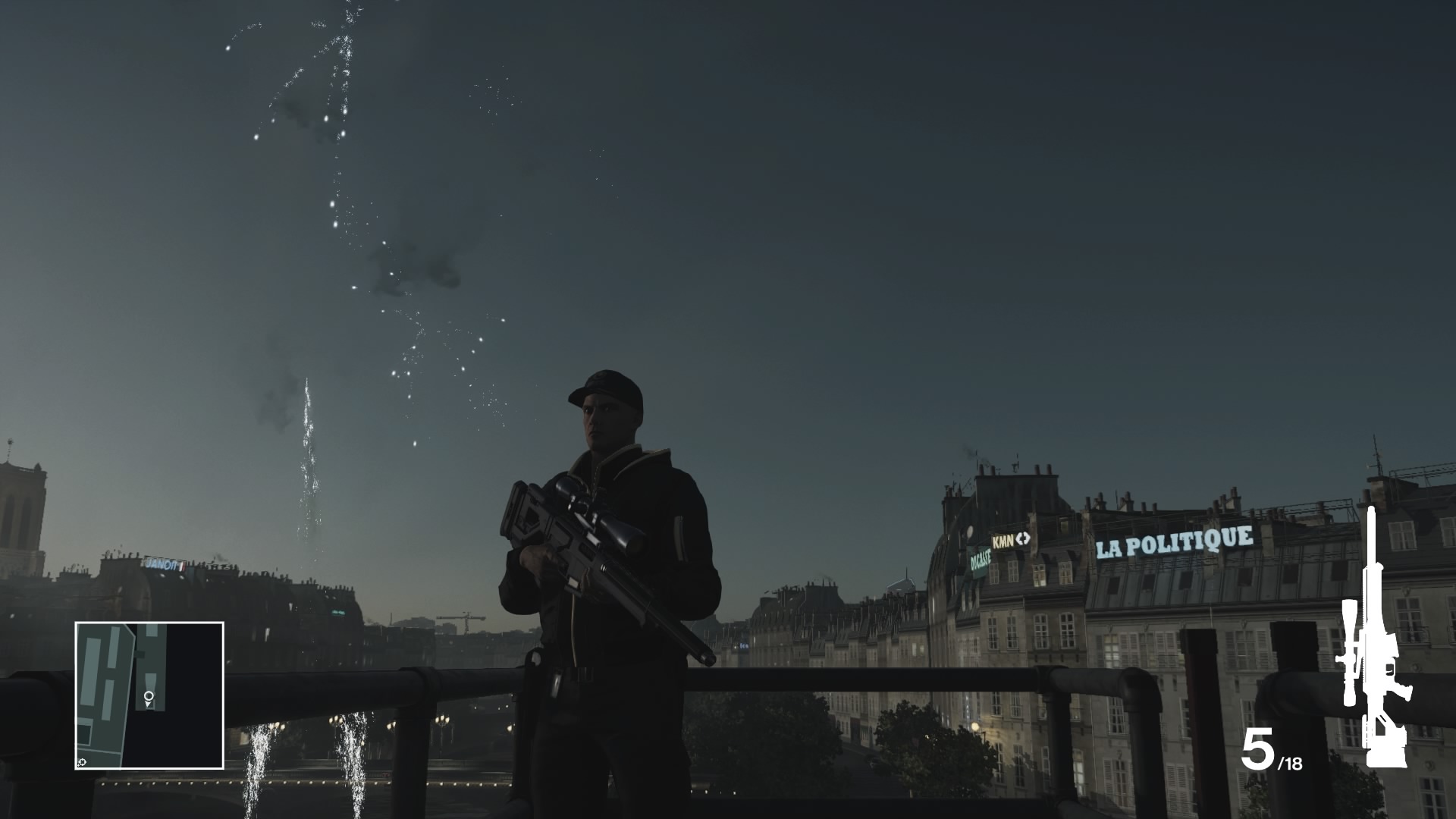 This dude doesn’t even know I’m making fun of him! 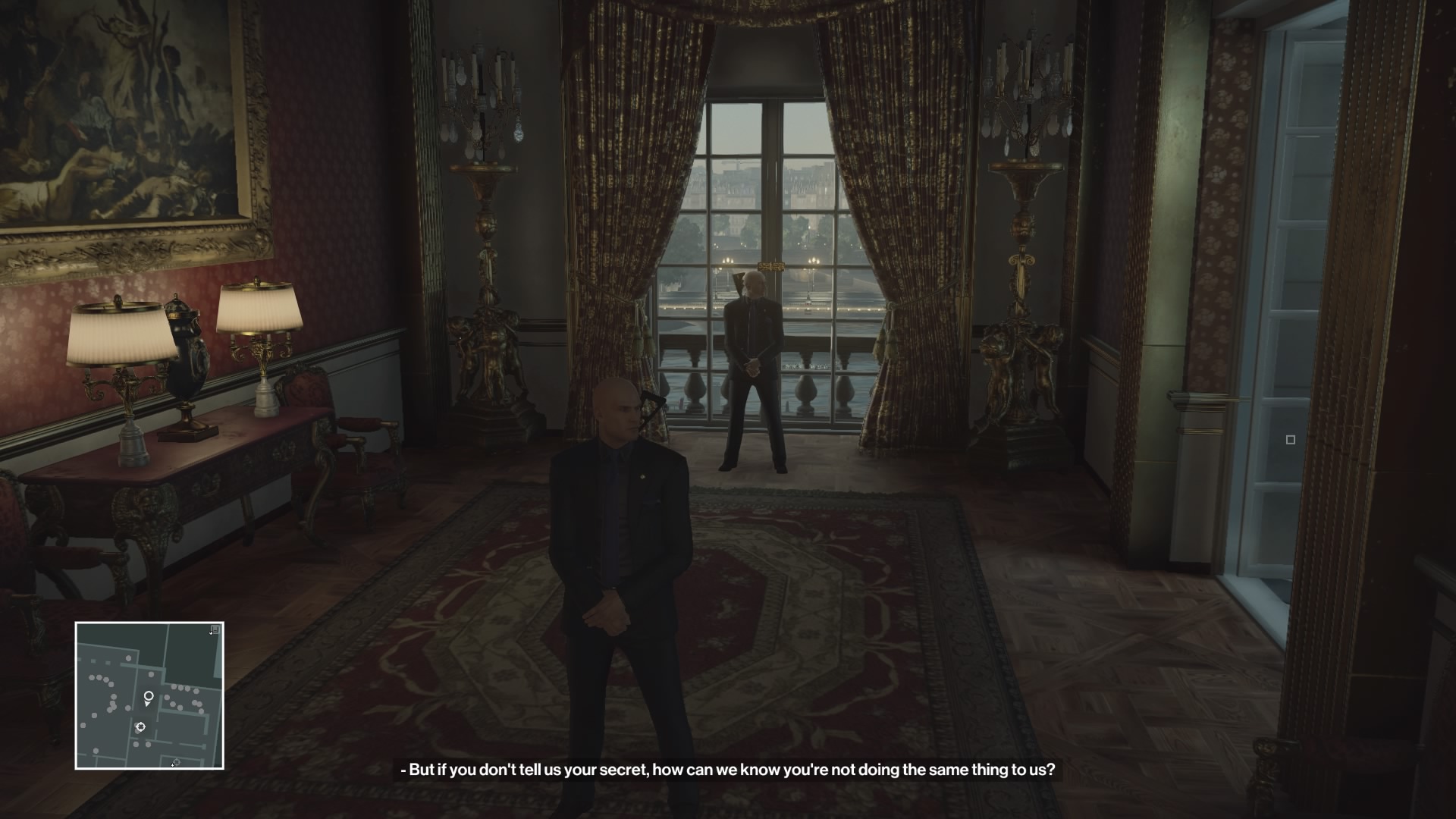 You’ll have to find the Vampire Magician outfit yourself.