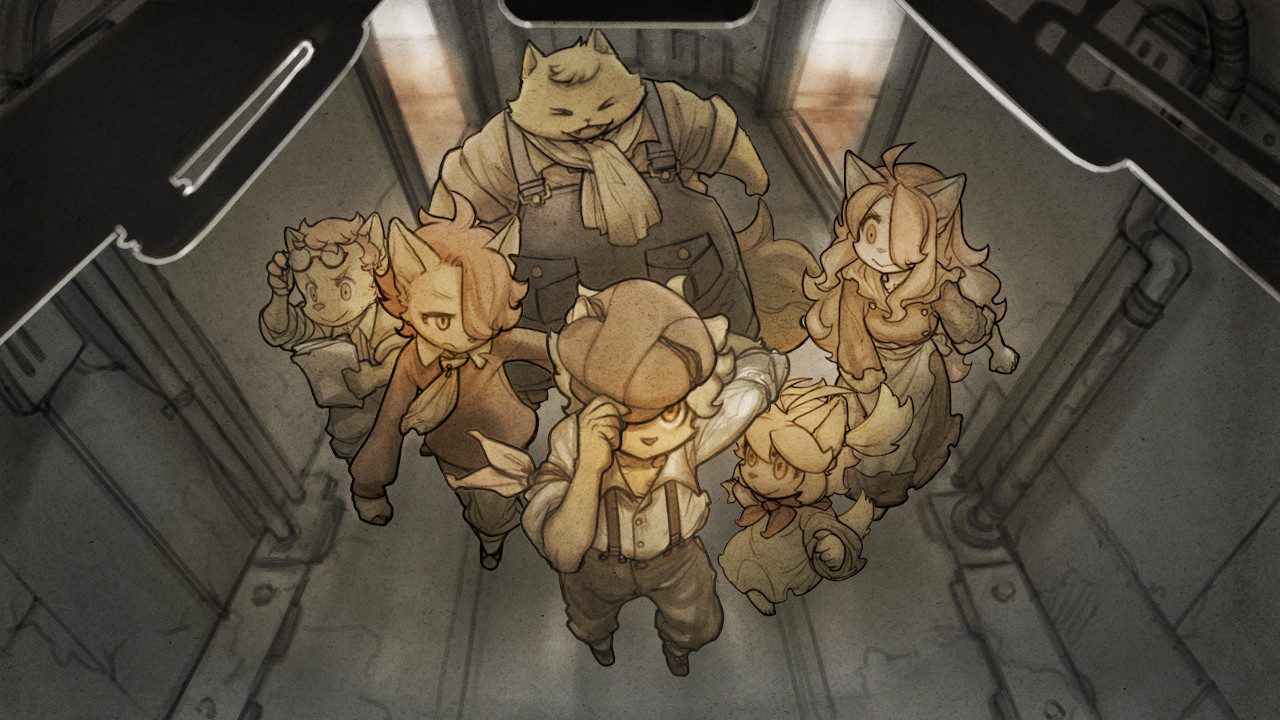 These kids are sweet, but the Soul Cannon ain’t gonna charge itself

There are a lot of video games to play right now. Even in the summer months, where things are usually supposed to be quieter, a bunch of cool, intriguing games are still hitting every week. It’s easy for something you’d normally like to take some time for to slip by, as there are only so many hours in the day. And that’s where Fuga: Melodies of Steel comes in.

Fuga is developed and published by CyberConnect2, a studio that’s worked on a bunch of Naruto games and other anime adaptations. But on the side, it also has a series of games it’s published under the Little Tail Bronx series, and Fuga: Melodies of Steel is the latest entry. It came to my attention when a tipster emailed us, asking where our coverage was; that one email became a seed of thought stuck in me for days until one night, I got a few hours of free time and downloaded Fuga onto my Switch. 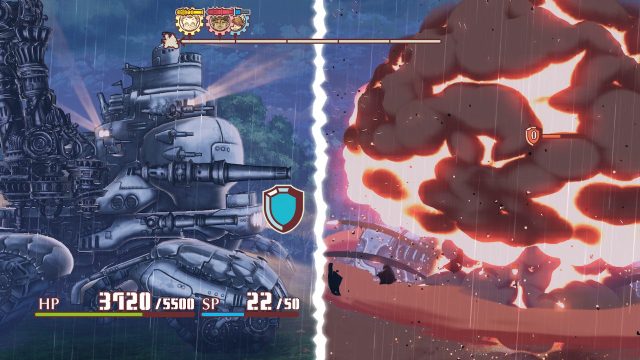 The simplest explanation I can give for what Fuga is like is that it’s somewhere at the intersection of Valkyria Chronicles and Dragon Quest Heroes: Rocket Slime.

When the Berman army invades a small town, some of the local kids take shelter in the mountains, where they discover a massive tank. This war machine becomes their new home, and they roll it on down the mountain to fight the Bermans, save their homeland, and rescue their loved ones.

It’s got hints of Red Dawn too, though these aren’t high-school quarterbacks; they’re all pretty young kids, and like the Wolverines, they have to cope with the fact that they are killing people in a war. And this is also where I should mention that the kids, and all the characters in the game, are anthropomorphized animals.

That’s the big catch, and it was even what pushed me away from checking out Fuga at first. I’ve enjoyed games like Dust: An Elysian Tail in the past, but the art style can be a make-or-break for some folks. Still, I gave Fuga a shot. And I’m extremely glad I did, because I’ve been having a blast with it. 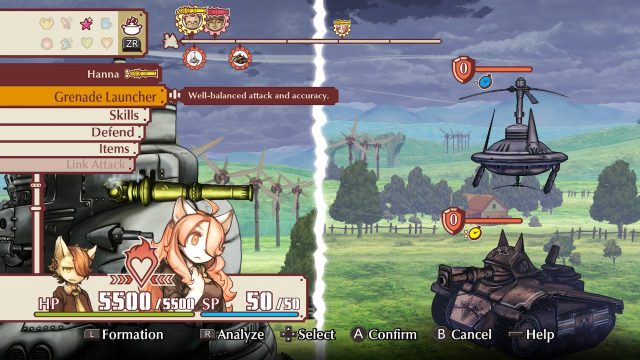 Once you’re out of the tutorial area, Fuga: Melodies of Steel plops you on a roadmap into the heart of Gasco, tasked with battling back the Berman army. Villages sit between combat routes, where you can chat with the townsfolk and trade your goods, and then it’s off to fight the war.

Along the route, your road can branch off into different directions of varying difficulty. One road might be deemed the “safe route,” while the others are normal or even more challenging. More enemies means more scrap to salvage and slap onto your tank, but it also means more enemies; and if the health of the tank drops too low, well, it’s time to pull out your ace-in-the-hole, the Soul Cannon.

Yes, this game has a Soul Cannon. As you learn in the tutorial, the Soul Cannon only activates when the tank is in critical danger, and it is a one-shot kill against anything. It will absolutely wipe your opponent off the face of the planet, but they don’t call it Soul Cannon for fun. The ammo for it is precisely one soul, and it will destroy your enemies in exchange for the sacrifice of a crew member of your choice. 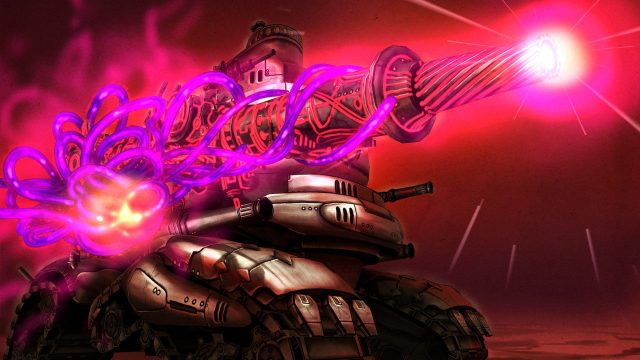 That tension really underscores what I’m enjoying about Fuga: Melodies of Steel so far. The turn-based battles feel very good—they use a timeline where certain damage types can delay corresponding enemy types, and status effects get gradually doled out on top, so there are always lots of options to consider aside from blasting the cannons all day long. But I also know that if I mess up bad, I might have to use the Soul Cannon.

Those kids, like the leader-of-the-pack Malt, moody Kyle, and cheery Boron, can all operate different weapons and have different specialties. Between combat missions, I can have them spend time with one another, boosting the links between crew members and gaining new skills and passive advantages. And they are all potential ammo for the Soul Cannon, if things get real hairy. 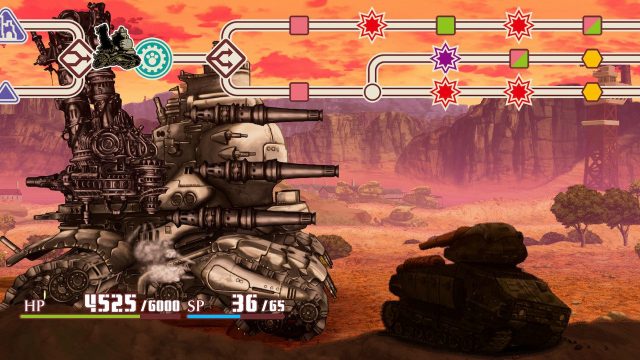 I’m a decent number of chapters in at this point and still haven’t had to use the Soul Cannon again, though I did have a close call in one boss fight. The Berman tanks are no slouches, and their named commanders will roll out some real tough customers to try and stop your war machine’s conquest. At one point, a prompt alerted me that the Soul Cannon was available, and while I was only just below half-health, having it open and available felt like a tension all its own. It was a reminder that at any point, I might lose the progress I’ve made and scrap I’ve collected, and to stop that from happening I could simply spend just one soul.

Fuga doesn’t seem like a terribly long game, as How Long To Beat clocks it in at around 17 to 18 hours for a main-story clear. I’ll probably try and see it through as best I can, but even if I end up putting it down soon and not going back for a while, I’m still glad I picked this one up. If you can get past the anthropomorphized art style (and granted, the game does look great—the tank designs have some real Metal Slug energy to them), you might find a turn-based RPG that you really dig. Just try to avoid loading too many crewmates into the Soul Cannon.