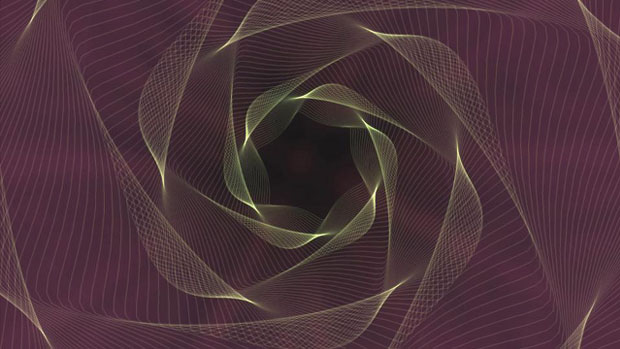 ‘A sensual exploration game about the intrinsic pleasure of playing instead of the rewards of winning.’

One of the most striking things about Antichamber is how the sound design makes the world feel bigger and more lush than it really is. The sounds and visuals create a hypnotic world that fills the imagination. And now, Antichamber sound designer and Deep Sea creator Robin Arnott would like to guide players in discovering their own hypnotic world with SoundSelf: “A sensual exploration game about the intrinsic pleasure of playing instead of the rewards of winning,” its Kickstarter explains.

A downloadable prototype is freely available for all adventurous mind voyagers. The Kickstarter currently stands at $8,416 of its $29,060 goal, with 223 backers and 19 days left.

The less esoteric, non-“I’m on the macrobiotic diet and you should join … man, that bong hit was pretty harsh uuuhhhh” explanation is that SoundSelf is an interactive multimedia project that creates visuals based on the user’s voice (chants, curse words, reading aloud private love letters to Jim Sterling you may or may not have written). Then, a feedback loop is formed between user voice and the program. Several minutes later, mankind achieves singularity.

I can’t help but feel Arnott is going off the deep end with this project — which he presents, in the Kickstarter video, with his new pink troll doll hair  — but sometimes it’s good to support those that dive to the bottom. By traveling so deep and so far, other creators can get a better idea of the size of the creative pool they can work within.