From the golden archives

[Updated with the 2005 and 2010 version! Remember Nex? This odd illustration still ranks amongst the most popular in the Destructoid Golden Archive; stories which I’m slowly restoring from our old publishing system. Join us as we celebrate 7 years of Destructoid on March 16, 2013! -Niero]

The above picture is a tiny cropped segment of the masterpiece that you can find attached to the bottom of this post. It’s so monumentally huge (and stuffed full of so many clever details), that I couldn’t bring myself to tarnish it with the usual cropping/captioning hackery that I’m known for.

Unfortunately, since the whole thing is in Russian, and all of my Cold War-era bids to defect to the Red side of the curtain were met with denial, denial and mysterious radiation poisoning, respectively, I have almost no idea what the purpose of this picture is. Is it an ad? Is it one fan’s unrequited love letter to a cold, unfeeling industry? Or is it something far more sinister?

Much like how many licks it takes to get to the center of Lenin’s tomb, the world may never know. 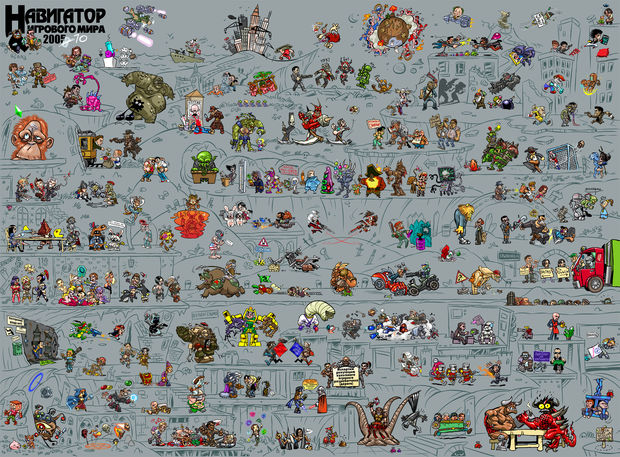