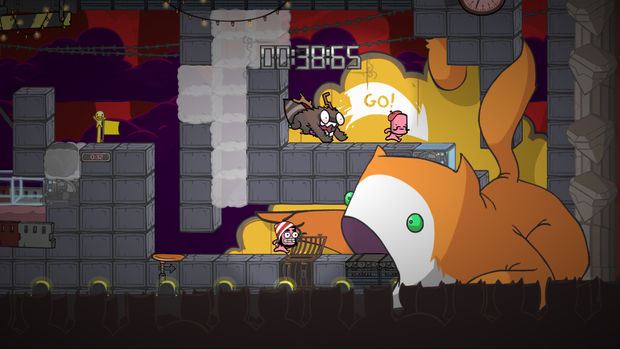 Get your game on with the Destructoid community!

Welcome to another edition of Dtoid’s Friday Night Fights!

So the incredibly badass BattleBlock Theater finally released on XBLA this Wednesday after over eleventy-nine years in development, and we’ve been giving out codes all week over on our Twitter account to celebrate! And guess what? I saved one of them just for you FNFers!

To win it, just join in on any FNF match tonight and then leave a comment below telling us how it went! If nothing on the schedule looks good to you, just host something yourself by listing the game you’ll be playing and how people can join you. (Yes, you have to at least make an attempt to play with people if you would like to win!) I’ll choose a Dtoider at random and PM them a code sometime this weekend. Good luck!

[Thanks to ChillyBilly for all these headers!]

Free this weekend? Why not sign up to host something for Weekend Warriors?! It’s like Friday Night Fights all weekend long! There’s nothing on the schedule so far, so sign up in the comments or Forum thread if you’re interested!