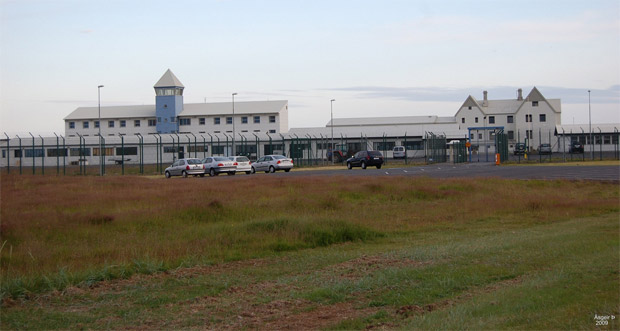 After helping me make bail in an Icelandic jail (image: lundur/Iceland), I promised our community manager that I owed him one.

The shark has cashed in his chips, and asked that for this week’s Friday Night Fights, I remind everyone about Bomberman LIVE‘s existence.

He also wanted me to tell everyone that Mr. Destructoid is a playable character in the game.

He is, indeed, a playable character in this game.

Also, you should probably play the game tonight, since it’s quite awesome.

Quick guide to FNF for new players: Each week, a bunch of Destructoid readers and usually an editor or two get together to play some videogames online. Fun times!

The planning for FNF takes place in the forums, where Dtoiders volunteer to host by posting their information (gamertag, time to meet up, game, etc.) in the forum post corresponding to the system they’re interested in playing on.

Then, every Friday, reminder posts for those who don’t read the forums regularly go up in the community blogs section all thanks to a dedicated group of cool individuals. And for everyone who wants their info all in one place, they have got my weekly recap posts which you are currently reading.

Now that you’re here, just scan the list below and find a game you want to play. All that’s left to do after that is to join the match by contacting the host below using any means necessary. For Wii, you might have to be a little creative, but for 360/PS3 a simple “invite plz” message will be fine.